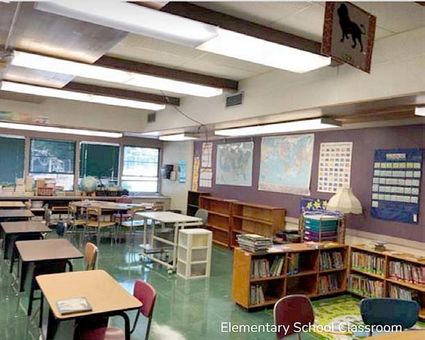 FINN ROCK: McKenzie School District voters will have the opportunity, again, to vote on replacing their seventy-year-old elementary school. Last November the school board discouraged people from supporting a $15,215,000 bond citing the damage done to the community by the Holiday Farm Fire.

Five teachers, a dozen classified staff and fifty students had been impacted when 400 homes were destroyed, accounting for about 70% of the district’s tax base value.

The measure narrowly failed in the November 3rd election, when 631 supported and 675 were opposed.

During a virtual meeting on February 24th the school board looked at potential $15 and $12 million bond proposals as well as costs based on how long a bond would be in effect.

“We held a series of three virtual public meetings to discuss the work, and kind of what elements held the most importance to folks,” school superintendent Lane Tompkins reported. “So we learned from our community engagement that the work iden-tified was of importance and that the costs of a potential bond up to $2 (per thousand) would be positively received.”

If passed this time, the $15 million bond would cover a wide range of items - from replacement and demolition of the existing elementary to high school im-provements like energy efficient windows and shades, safety and security features throughout the district such as control gates, and updated security measures.

During discussions of the reduced scope, $14 million bond, it was noted lower priority items like reconfiguring the bus drop off area and doing some of the ADA updates to the pagoda basement would not be funded.

“The first consideration is, you know, the longer the term, the more interest will be paid.” Tompkins said. “So it’ll cost a little bit more in the long run. Because the funds are going to term long term capital projects spreading that cost out over that longer lifespan of the investment could make more sense and could be more logical.”

It also made sense to Alyssa Brownlee, who noted, “I believe Albert Einstein once said, ‘Never underestimate the power of compound interest.’”

That led to a motion for a $15,212,000 for 25-year-term bond by Melissa Norlund, seconded by Brownlee and unanimously approved. At that price and time period, taxpayers can expect to see an estimated additional $1.92 per $1,000 of assessed value added to their tax statements, besides the existing $4.69 per thousand permanent rate for the McKenzie School District

If voters approve the bond in May, McKenzie will be eligible for an additional $4 million in matching grant monies from the Oregon School Capital Improvement Matching Fund program.

The board’s next meeting is scheduled for March 17th.