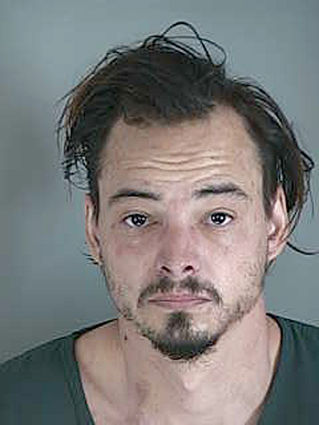 FINN ROCK: A 33-year-old Portland man was arrested last Friday after Oregon State Police and Lane County deputies were dispatched to McKenzie High School when a stolen vehicle was reported nearby. After an OSP Trooper cleared the area, he was contacted by school staff who had reviewed security footage and noticed the adult male associated with the stolen vehicle had earlier entered the main hallway of the building. Several staff members also reported seeing the subject wandering around the school grounds before police arrived

The administration immediately placed the school on lockdown while additional OSP Troopers and LCSO Deputies responded to the McKenzie High campus. A further review of security footage also confirmed the suspect had been walking outside on school property.

Police found the suspect two hours later while he was walking at the intersection of Hwy. 126 and Blue River Drive.

Joshua Walker-Graham of Portland was taken into custody and transported to the Lane County Jail and lodged on charges of Possession of a Stolen Vehicle, Unlawful use of a Motor Vehicle, Trespass 1 and Theft of Lost or Mislaid Property.

The school lifted the lockdown once Walker-Graham was taken into custody and police said there was no ongoing threat to the school or area residents.

The involved brown 2020 GMC Traverse had been reported stolen out of Albany, Oregon.