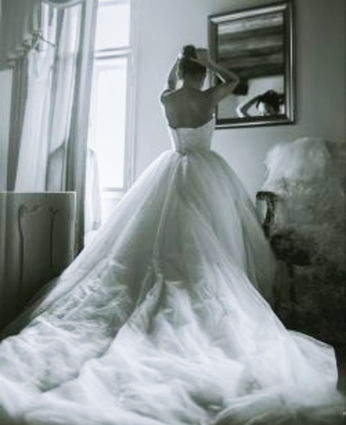 I’ve had a long and rocky road with a friend who reminds me we’ve known each other for over 20 years. Recently, during my two-year engagement, I had a revelation about how much of a dud my “friend” truly is.

We live in different states. Although she offered her help and had enthusiasm about my upcoming wedding, she tended, as per her usual behavior, to want to dominate conversations and refer to her own wedding and planning experiences.

When she did have questions, they were often critical or questions attempting to put her back in control. For example, and this was annoying but not the worst incident, when I called to vent about my mother, all she said was, “If your mom is acting this way, why are you having a big wedding in the first place?”

Why? Many women dream of a big wedding (rightly or not) as a way to celebrate and show the world how happy and in love they are. Why wouldn’t I want a big wedding if I can afford it?

Alas, I persisted in seeking her advice, though it was peppered throughout with how the money could go towards a down payment on a house. (That’s what she thought when she got married.)

Even when she tried to pretend she was there for me, she was flippant. When I needed hardcore advice—like when I called her from the dressing room where I bought my dress—she didn’t have anything substantial to ask, like, “How does it fit? Is this your dream dress?”

When I expressed unhappiness after buying it, her initial response was “It’s just a big, white dress,” instead of saying something uplifting or helpful. She even bailed at the last minute on the bachelorette party, which was scheduled in the middle of winter to accommodate her! That ticked me off because it echoed a letdown that occurred in the very beginning.

She was going to join me on a trip to look at reception venues—a big deal since I was having a destination wedding. But she added restriction after restriction until finally, I told her she didn’t need to come, I was taking someone else!

More and more, as the planning proceeded, I saw how selfish and single-minded she was. We’ve known each other for over 20 years, but she didn’t even know my parents’ first names until she received the wedding invitation!

I tried to minimize contact at the actual wedding, but she still managed to annoy me. First, though she claimed she would be devoted to me “on your big day,” she brought her dog. Then, when I had the coordinators track her down to help me go to the bathroom (in my big white dress), she went to our suite and cleaned it, which she probably thought was the best surprise. Meanwhile, I had to pee!

She also left the wedding early and didn’t help me with my veil, as she promised.

Doing what she wants when she wants has been her trademark behavior since high school. Instincts tell me since we live across the country from each other, this would be an easy friendship to fade out.

At the same time, I feel like someone’s got to be honest with her. She seems to adapt well and make casual friends easily enough. In high school, other girls used to complain about her, but I guess I was oblivious.

What do you think? Let it fade quietly, or let her know what’s up?

When she heard, destination wedding, she might have thought, An overpriced extravaganza with Brandi as the star. When she laid down condition after condition about going on the trip to check venues, did you hear what she was not saying? “Now I have to go twice to her wedding destination. I can’t afford that, in time or in money.”

Some people don’t want to tell you, I don’t want my vacation to be about your wedding. They may feel you haven’t given them an invitation. You’ve given them a debt. You didn’t say you offered to pay her expenses, and apparently the bachelorette party was just one more expense for her.

The only fault we find in her is that she didn’t tell you directly. But some people would rather talk about their sex life than about money, and you shouldn’t be forced to admit your financial situation to a casual friend.

The source of the problem is the 20 years of familiarity. Because you two go way back, she didn’t feel she could say no to you, and you kept asking.

There is no reason to tell her off. She already told you off, only you weren’t listening.