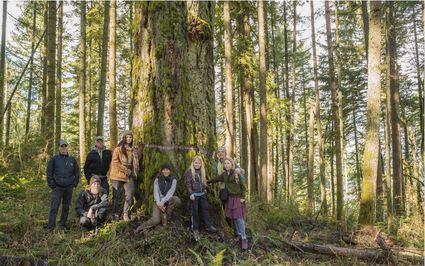 For the second time in three years, a plan to clearcut over 100 acres of forest from the Thurston Hills on the edge of Springfield has been deemed illegal by a federal judge. Opponents claimed the project increased the risk of wildfire and diminished recreational values that clear-cut logging would bring to the area.

"It's been such a relief to hear that the forest I think of as my backyard won't be destroyed by Seneca Jones Timber Company and the Bureau of Land Management," according Ronna Frank, 79th Street resident near the project. "It never made sense to me why they would want to log such a small but beloved area of forest that's so close to town when there's so much other land in the state that isn't so healthy and so loved. What is even more infuriating is that the public agency readily acknowledges the increased fire risk to our neighborhood associated with the clearcuts they proposed. I am so relieved this reckless project has been shot down again."

Under the Bureau of Land Management plan, critics said logging would occur directly over planned mountain bike and hiking trails that will connect with existing Willamalane Park & Recreation District trails.

"I am so ready for the BLM to stop trying to clearcut Thurston Hills and just build these much-anticipated trails.," acerding to Ian Petersen, owner of Map Your Adventure. "This area is destined to become a world-class mountain biking location but not if the BLM clearcuts it. Hopefully the agency will now proceed with expanding the trail system and remove the clearcutting component."

In 2019, the original timber sale proposal was also defeated on the grounds that the BLM failed to properly disclose information on the fire risks associated with the sale. When the sale was revived late last year, opponents said the only substantive difference was that the agency, "Chose to acknowledge the fire risk, without changing the proposal to mitigate the hazard. In light of the recent Holiday Farm Fire which displaced many families upriver from Springfield, this careless regard for our community is disgraceful."

Nick Cady, the Cascadia Wildlands' legal director, added that,"The science is clear that older forests are more fire resistant than areas that get clearcut and replanted with dense, resinous saplings. That is why it was unfathomable that the BLM was proposing to clearcut the Thurston Hills. The public agency should be in the business of making our public forests more fire resilient, not increasing fire risk to our communities with reckless logging plans."