Time to pull the plug on Cougar Dam? 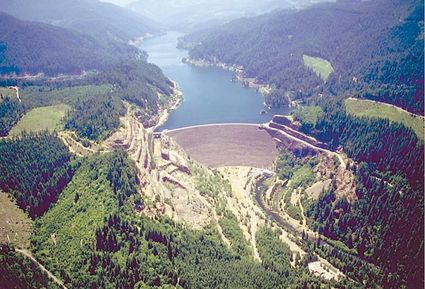 A pair of unlikely partners agree on at least one thing: two U.S. Army Corps of Engineers hydroelectric projects in the Willamette River basin should no longer generate power. The Native Fish Society and the Public Power Council now say that deauthorizing the dams' requirement to produce power would help restore fisheries in the basin and could reduce Bonneville Power Administration wholesale power rates.

The PPC, which represents community-owned customers of the Bonneville Power Administration that purchase electricity from Willamette dams, said in an opinion piece that the projects are "uneconomic –producing minimal power without valuable operational flexibility at a cost many times higher than other hydro projects in the Federal Columbia River Power System. Deauthorizing the power aspect at these projects will save consumers millions of dollars."

The federal Water Resources Development Act of 2020, passed by Congress and signed into law in December 2020, authorizes the Corps to study the option of deauthorizing those projects and to have that study complete within two years. The legislation reads:

In an April 6th letter, Scott Simms, Executive Director of the PPC, wrote that power from Willamette dams is "the most expensive resources in the BPA mix and the least valuable assets. The cost of power from the Willamette Basin projects is five times that of the Lower Snake River dams. Additionally, the unfavorable economics of these projects will only get worse as the Corps considers unproven and likely ineffective fish mitigation investments that could impose capital costs in the hundreds of millions or even billions of dollars."

The Native Fish Society, a regional nonprofit that seeks to revive abundant wild, native fish across the Pacific Northwest, said in the Register-Guard that eliminating power production at the dams is "critical to enabling the operations that will recover threatened fish, including creating a successful downstream passage for out-migrating juvenile fish, improving water quality in reservoirs and rivers and facilitating beneficial flow regimes."

The costs for hydroelectric projects are usually assigned according to the purposes and the share of those purposes in the project's overall costs. For example, the multi-use dams in the Federal Columbia River Power System typically fall into two major categories: non-power costs are paid for by taxpayers, whereas other costs, including fish and wildlife mitigation, are paid for by electric ratepayers who receive hydropower from a project, according to Simms.

So, without electric generation at the Willamette facilities, how would the Corps pay for fish mitigation measures? Fairbrother says that even without the generation income, the Corps dams still have an impact on listed fish – the Willamette wild winter steelhead and the wild spring chinook – and so would trigger the requirements of the federal Endangered Species Act.

Simms wrote: "There is a very clear and established practice in many parts of the country – and even here in the Northwest – where all of these Corps costs are funded by taxpayers. Typically, a project with an authorized power purpose likely also has a commensurate share of fish mitigation cost. When a project is not authorized for power production that fish mitigation cost is typically borne by taxpayers."

The conservation groups – Northwest Environmental Defense Center, WildEarth Guardians and Native Fish Society – initially filed a lawsuit on March 18, 2018 in U.S. District Court in Portland against the Corps and NOAA Fisheries, asking the court to force the federal agencies to reevaluate the impacts of the Corps' 13 Willamette Valley dams on upper Willamette River wild steelhead and wild spring chinook and to reinitiate consultation. The agencies have done that and are currently in the process of a full National Environmental Policy Act process, which is expected to conclude with a new biological opinion by the end of 2022.

Recently, the court heard oral arguments from the parties. That hearing focused on potential remedies that the judge may order to address the past and ongoing ESA violations that he found the agencies liable for, Fairbrother wrote. She expected the judge's ruling could come at any time, "but given the complexity of the case and system, we are expecting it to take a while."

"Without hydro, we can have better passage for cheaper and in many cases, with the existing infrastructure or minor infrastructural updates," according to Fairbrother. "We could even remove Big Cliff and Detroit dams since they only exist for the production of power, thus removing the double dam barrier problems that the fish face and removing the Corps' operational costs for those projects indefinitely."