Prison of Her Own Making 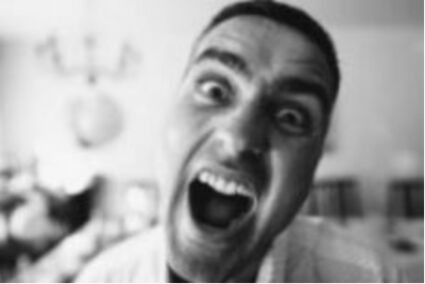 I've never tried this before, but what the hell. A few years ago my husband of 10 years left me out of the blue. It was awful for my sons and me, though it was not a happy marriage.

He was verbally and mentally abusive, and I went into an angry shell. I changed from the happy person I once was into this monster. When he left I realized it was the best thing he could have done for me.

It was hard to meet people, so I tried online dating. I met two great guys. I let dating go on way too long because I couldn't let go of either one. It was selfish of me and wrong, but I never wanted to hurt anyone.

Well, they found out. One left, never to be seen again. One stayed, but with a price. It has been over a year now and he won't let it drop. He says he will never trust me enough to marry me. But it's also like I am carrying his cross for the rest of the girls who screwed him over.

I keep jumping through hoops, and nothing seems to work for him or please him. He is a hard man to deal with. He is a cop and has an awful mouth. Most of the time, it is all his way or nothing at all.

My friends say dump him, I'm too good for him, I don't need this, and I don't deserve it.

I feel I made a terrible mistake, and I am so sorry. But enough is enough. What do you think? Am I wasting my time?

Zena, you couldn't make up your mind between two men. The better one left, as well he should have, because he knew you didn't see him as the right one for you.

The second man saw you as his opportunity. He judged you as not good enough. He's a cop and he's been around the block. You proved yourself untrustworthy, and he deals with untrustworthy people every day. He knew how to treat you, so he put you in his cuffs.

You seem to attract abusers, and this cop is your first husband all over again. Your husband did you an enormous favor by leaving you, yet now you are desperate to marry the same sort of man.

Nothing predicts that the two of you will ever have the healthy relationship of two people in love with each other. He thinks you are not good enough for him, and you know he will never marry you. How is that not your answer?

But your letter isn't about love. It's about trying to rescue yourself from what you did. You basked in the attention of two men, stringing them along. Now you hope to deny the reality of what you did by triumphantly landing one of them.

No one wants to be in a competition like that. That's why people are careful their employer doesn't find out when they are looking for another job. They know employers might fail to promote, or even fire, someone who is disloyal.

You are loath to admit that neither man was right for you. You hoped one of them would be, because that was better than the alternative-going back to the dating site and starting over again. But love is not a competition. Love is not an auction. Rewarding the highest bidder is the opposite of love.

The first man thought, how could she love me if she was trifling with him? His honest heart got a shock. The second man is a foul-mouthed bully. He wasn't even your choice.

Treat this as a lesson learned. Trust is difficult to earn. It can be lost in an instant and lost forever.