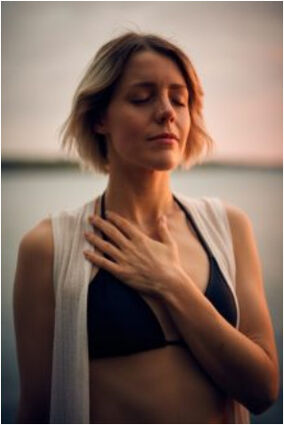 I am a 36-year-old woman. I purchased a home with my husband five years ago. Shortly after, things went downhill, just like my first marriage. He didn't pay attention to me, I was lonely, and I felt so unloved and unwanted.

My husband's son from a previous relationship was living with us at the time ,and he had friends who would frequent our house. One in particular I became close to. Eventually we started spending a lot of time together.

I thought I was crazy because I felt more than I should have, seeing as he was only 16 at the time and I was 32. The age of consent here is 16.

We began to flirt, then the big thing happened. We started to be intimate. I fell for him and he fell for me, and we have been together since. Until recently that is. He started saying cruel things about our age difference.

He doesn't want to let go, and I definitely don't want to either. I hurt so bad inside because I really do love him. I have been separated from my husband on and off through the last four years. I don't believe I can save my marriage due to the strong feelings I have for this young man.

I need advice because all the people I know wouldn't know what advice to give. I am confused and feel so all alone.

Debbie, forty years ago V. C. Andrews published Flowers in the Attic, her first novel. Critics were not kind. One called the book "deranged swill."

Andrews specialized in tales of forbidden love, forbidden acts, and family secrets. Some of her characters were without conscience, without morals, and without character. Some of her stories leave you with a feeling of yuck. But the books were page-turners.

The plot of your life is simple. A lonely young woman seeks love. She marries twice, but neither marriage gives her what she wants. She wants to be the center of a man's world. Perhaps she was so hungry for love she thought each day would be like the day she got engaged.

Still craving to be loved, she starts looking at the boys who come into her home. Deep down, she knows that is just convenience.

Now, like a vintage V. C. Andrews novel, your plot is stretching toward the forbidden.

Debbie, perhaps the level of attention you need cannot be sustained by a man. But the bigger question is what are you doing to make yourself feel important, valuable, and useful?

The plot of your life has the potential to make you a villain. And while it is true that every good story needs a villain, there will be little comfort for you in becoming one.

Then again, maybe you are the victim in the story, because you were never schooled in the right routines of life. But being a victim will not give you comfort either.

We want you to be the heroine of your own story. However, every good story must have a turning point, where the heroine takes a stand and alters the course of her life. The turning point in your story entails divorce, separating from a young lover, and getting professional help.

There is a memorable story told about Mohandas Gandhi. Gandhi was on a train at a station. As the train began to pull out, a reporter came to the window and asked Gandhi for a message he could give to his readers.

As the train moved slowly away, Gandhi wrote something on a piece of paper and handed it to the reporter. On the paper, Gandhi had written, "My life is my message."

What message do you want to send with your life?