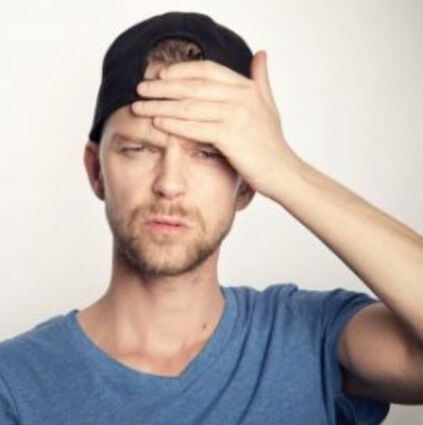 My girlfriend Jessie and I were together four years. Recently, she went on a two-week family holiday. During those two weeks, I went for a night out with my work colleagues. I got extremely drunk and kissed a girl from work.

I felt guilty the next day, but a few days later I told my friends, who are also her friends, that I wanted to break up with her. I didn't, but I was confused at the time.

The following Saturday, she came home. We went out that night, and I was so confused I told her we should break up. She thought I was playing games.

She left the pub, and I followed. I told her, "I met somebody else." I shouldn't have said it that way, as I did not meet another girl. I just kissed her. It was the biggest mistake of my life.

Over the next few weeks I tried contacting Jessie, but she would not answer her phone or reply to my texts. In the end, sometimes after work I drank too much and sent her text messages, some of which I'm not proud of.

Because I was hassling her, she changed her phone number. I met up with her a few weeks later, and she talked to me for 20 minutes. She said we may be friends again, but that will be it.

I was with Jessie four years, and we had a great relationship. I know we had our arguments, but every couple has arguments. The problem is, sometimes when we went out drinking, I would humiliate her about her weight, her makeup, or something else.

I know I screwed up. I used to mess with her clothes when we were out in the pub, for example, lifting up her skirt, but that's just me messing around.

I have seen her a few times since we broke up. I send her a letter every week begging or groveling to give me a second chance. I know the mistakes I made and would not make them again.

When I called Jessie's house last Saturday, she wasn't in. She rang me 30 minutes later and asked why I was still writing to her. I asked, could we meet up for a coffee?, but she said she didn't want to as I would cry into my coffee, which is what happened last time.

She says she is happy, and if she went back with me, she would go backwards. She said the next time she sees me in the street, she might say hello or she might not.

My heart inside was crushed. Is there anything I can do to get Jessie back?

Robert, how is this a mistake?

You kissed a girl in a bar. Perhaps you had too much to drink, but you weren't drunk when you told mutual friends you wanted to break up. And when you broke up with Jessie in a pub, you said you had someone else.

That's three "mistakes" in a row. That shows intent.

What you didn't tell us is what you were trying to gain. Did you want to make her jump through hoops to get you back? Were you paying her back for an imagined sleight? We don't know.

But she did not come crawling back, you did not get makeup sex, and your plan went awry.

Often with letters like yours, the letter writer thinks they could do better. But the way you went about it, made it impossible for her to take you back. It would make her the beggar in the relationship.

You say you were confused, but you staged such a convincing show it was believed by all. Now you claim it was only an act, but what a great act it was. The audience applauded wildly, and you took a curtain call.

Your letter is about how you didn't get what you wanted, not about how you injured her. All your sorry is for yourself. Why are you concealing why you did it? Because it is not something you can say out loud.

This was the classic breakup intended to hurt, and she was the last to know. You sealed the deal with a kiss. If you can't be honest with us, at least be honest with yourself.