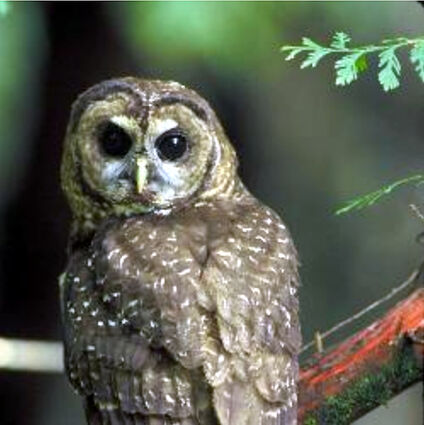 The proposed exclusions are located in 15 Oregon counties in which 184,618 acres are on Bureau of Land Management-administered lands and 20,000 acres are on Tribal lands.

"The Service continues to work closely with federal, state and Tribal partners to use the best available science to evaluate conservation needs and implement actions that protect the owl," said Martha Williams, Service Principle Deputy Director. "The exclusions we are proposing now will allow fuels management and sustainable timber harvesting to continue while supporting northern spotted owl recovery."

This proposal is also based on information developed since the 2012 critical habitat rule was published, including over 2,000 public comments and information submitted when the public comment period was reopened on March 1, 2021.

As defined by the ESA, critical habitats contain the physical or biological features that are essential to the conservation of listed species and that may need special management or protection. The designations do not provide additional protection for a species on non-federal lands unless proposed activities there involve federal funding or permitting. Designation of critical habitat does not affect land ownership or establish a refuge, reserve, preserve or other conservation area, nor does it allow the government or public to access private lands.

Based on elevated threats from habitat loss and barred owl competition, the northern spotted owl was recently found to warrant uplisting under the ESA from threatened to endangered.

The Service is seeking public comment on this rule, which was published in the Federal Register July 20, 2021, opening a 60-day public period that closes September 20, 2021.