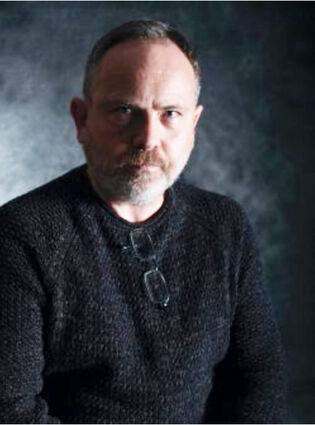 What advice would you have for a retired couple who twice came to the financial aid of their adult son?

The first time he was laid off and unable to make payments. The second time he racked up another bill, could not make payments, and came to us after a court date was announced.

He is married with three children. I would never have thought he would take money and just stop making payments, after making just two.

This situation has totally wrecked our relationship. Now we don't speak or communicate at all. Because we trusted him 100%, the loan was done with no more than a handshake and a promise of regular payments each month.

The money amounts to a little over $12,000, and we can make it either way. It's more that he has broken his word to us. That hurts more than the money.

I have a feeling he has more bills and the biggest problem is his wife. For some reason, she never warmed up to us. I will put it this way. Several times since they married there have been run-ins, most often because of something taken wrong in a conversation.

But we have never intentionally said or done anything to cause distress or harm. If something could be taken wrong, that's how she takes it.

The last time I spoke to my son, he thought his wife was making monthly $250.00 payments to us, and I had to inform him it was simply not true. I made him promise to speak with his wife and call me back.

I have not heard from him since. We are far from perfect, but we always try to do what is right. If I ever get to the point when I feel there is nothing to lose, I might take him to small claims court.

I don't believe he is happy about this situation. He twice needed money, and both times we were there for him. He also knows that both times he gave his word to make good on the debt.

I guess he will have to live with that every time he looks in the mirror. Most of all, I hate not seeing our grandson, and I fear that isn't going to change.

I'm sorry for dumping my troubles on your lap.

Your son may have a wife he can't keep because he doesn't have enough money to satisfy her. But he wants to keep her, even to the point of damaging his relationship with you.

He thought she was making payments to you, but she wasn't. Our surmise is that your son is in worse financial shape than you know.

Perhaps his wife's dream of white picket fences must be fulfilled without regard to their income. Perhaps she handles the money in order to conceal things from her husband. Perhaps she causes problems because she is the problem.

Our suggestion is this. Do not go to court. You don't want to alienate your son. Also, don't lend him any more money.

We suspect your son didn't call you back because there was nothing he could say. "We don't have the money. My wife lied to me. I don't know what to do."

But he can't make himself say that. He may be too embarrassed to talk to you because he finds the problem insoluble.

For now, leave the ball in his court. Behave normally. Send the normal birthday cards and gifts. Make customary plans for Thanksgiving and Christmas.

Some parents lose a son to illness, some to an accident, some to a wife. Growing up it appears you had a good relationship with your son. Now he must grow up a little more and learn to deal with money, and his wife, in a realistic way.

The wisest course is to be open to him, if and when he comes to understand that.