Raised Under the Influence 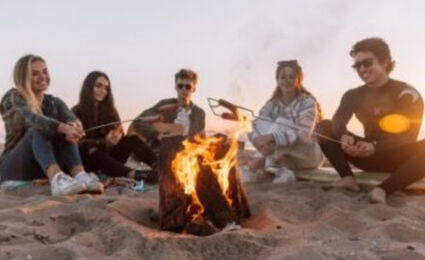 I am a divorced father of a 16-year-old son and a 21-year-old son. I have been divorced 18 months and separated for a year prior to the divorce becoming final.

My ex-wife is a recovering alcoholic and has been sober for two years. During the peak of her alcoholism, she had three different affairs. She lied to me so often that I demanded she leave the home.

At the time of the divorce, I structured an agreement that would allow her to leave debt-free on the condition of no child support. I took on a house that was upside down about $50,000, and I took on over $40,000 in debt, due largely to her drinking and spending sprees.

I also agreed to pay all of my sons' expenses and, in doing so, have come very close to bankruptcy. Thankfully, I was recently promoted and received a healthy raise, which gave me some financial breathing room. The problem is, I have to move.

I enjoyed equally shared custody of our younger son up to now. Due to my relocation, my son has chosen to live with his mother because he doesn't want to move. Were it not for her sobriety and the fact he is a sophomore in high school, I would have attempted to gain full custody and have him move with me.

He pleaded to stay in his hometown. Reluctantly, I agreed.

Here is the issue. My ex-wife has successfully sued me for child support. This is besides what I already do financially for both my sons, and frankly, I can't afford it. Honestly, I'm done getting kicked around.

I will fight the ruling, and it isn't going to be cheap. I feel I must in order to continue to support my older son in college. I'm convinced my younger son will never see the money I am legally obligated to pay to his mother.

She continues to lie as she attempts to paint me as a cheapskate who doesn't want to pay for his son's way. Nothing could be further from the truth. But how do I explain all this to my younger son?

He won't move with me. He sees me as the villain, and when I suggest alternatives, like spending the summer with me, he digs in his heels. He doesn't want to give up summers with his friends, and I hate asking him to make that choice.

His older brother knows everything because, early on, he confronted me with whether she cheated and I told him the truth. My youngest thinks his mother and I divorced due to her drinking. Now, I'm not sure I want to go on living that lie.

The problem is my ex-wife won't support that view, and because of that, I feel I should tell him the whole truth. But that feels slimy.

Robert, you have every reason to be mad and every reason to let your son see how much you pay for his support. But the wiser course now is to withhold telling your son about his mother's infidelity.

The divorce should have come 10 years ago. If that had happened, today would be different. What you are dealing with now is the multiplier effect from past decisions. But woulda-coulda-shoulda is water under the bridge. As you say, it's her fault you and your boys are in this position.

None of that can be fixed now. The main concern of your younger son is his friends and high school classmates.

His life is in turmoil. If there is no abuse or no imminent harm that you can prove, how much harder and more stressful will it be on your son, if his choice is overruled? Years from now he may regret his decision, but not now.

The damage that has been done by staying with a woman who went through life drunk has been done. The relationship you have with your son has been built. The interplay between the two of you is established. Don't destroy it.

Make him know how much you will miss him and how much you think of him. That's your best short-, medium-, and long-term play.

Doing anything other than letting him have his way now will put a wedge between you. In time, he will learn about his mother's infidelity (and he should), if not from you, then from his brother.

But if you force your son to move, you will become the villain his mother paints you as.