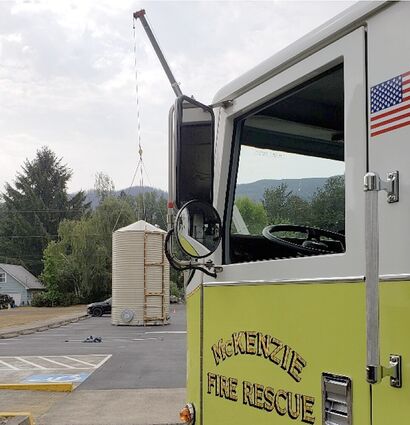 Since 2019, Chief Bucich and McKenzie Fire & Rescue have been seeking alternate water sources as some of their regular draft sites became unusable.

One solution that came up repeatedly is the strategic placement of water tanks throughout the fire district, especially in areas ways of getting down to the river is limited. The result was a decision to construct holding tanks.

The tanks, which hold 15,000 gallons of water, are gravity fed, and designed to be used with minimal personnel, leaving critical personnel on scene in an emergency, instead of pulling crews off to fill tankers or pumpers. 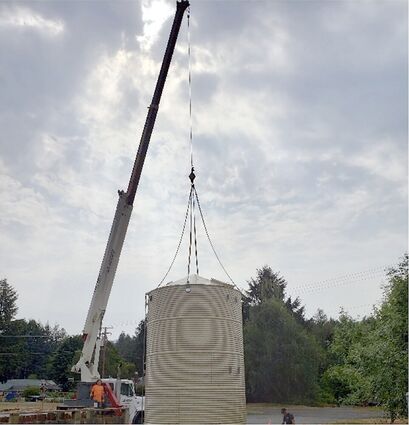 In addition, the tanks can be used by multiple agencies in emergency situations.

The Camp Creek Church became the first partner in the process. A tank for that site tank was ordered in January 2020 and put in place in October. Because each tank is a custom order, it takes approximately 8 months from the time a contract is signed until it's delivered.

This July, McKenzie Fire & Rescue installed two additional 15,000-gallon tanks - one in partnership with Springfield School District on the grounds of Walterville Elementary and another at the District headquarters in Leaburg.

Currently, discussions are underway with Lane County for approval of a fourth storage tank.