Once The Fuse Is Lit 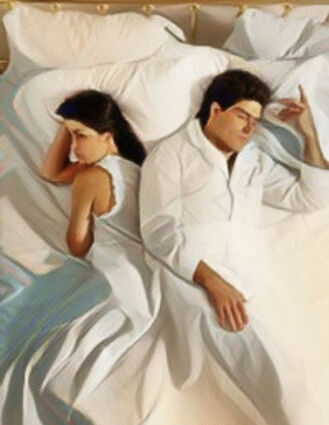 I'm afraid to ask for your opinion, but even more afraid not to ask. I desperately need an outside perspective on my situation.

My wife and I dated all through college. I was her first serious boyfriend. The summer before her senior year, I gave Tisha an engagement ring, and we moved in together. I had just graduated with an engineering degree and landed a fantastic job. The next summer we married.

As the wedding day grew closer, Tisha started having doubts about marriage. Nothing specific, just vague feelings. We talked to her dad, my parents, and even some of our friends. We went through the pre-marital counseling required by our church. In the end, she decided she was sure about getting married, and we wrote her feelings off to wedding day jitters.

The honeymoon was incredible, and we had the time of our lives. After we came home, Tisha accepted a position with the company she interned with the summer before. She loves her job and goes out with the gang from work a couple of nights a week, usually eating dinner before coming home.

As I look back on it, after the honeymoon things started going downhill. Tisha was often moody or distant, and I sometimes had the feeling she was just putting up with me. Three months ago, after an especially bad week, I suggested more counseling. I think I stunned her. She said yes before she had time to think, but the counseling seemed to help.

A month ago she stunned me. I suggested we go house hunting. She blurted out, "I don't want a house. I'm not even sure I want to be married. All I've ever done is go to college, and now I'm married already."

In what turned out to be our final counseling session, Tisha said she wondered what it would be like to date other men. When I asked her where that was coming from, she admitted she has feelings for one of the guys at work. She's had these feelings since the summer she interned there, which was the summer before we married.

Now, she says, she has decisions to make. That was two weeks ago. She has hardly spoken to me since.

I'm at the end of my rope. Where is this going to wind up?

Tony, you have been sitting on a powder keg since Tisha expressed doubts about your impending marriage. Everything since has only delayed the explosion. It would have been better if the blast occurred before the wedding.

Why didn't it? Because she didn't tell you the truth. Since you didn't know the truth, no amount of discussion between you could solve the problem.

Tisha suppressed her doubts long enough to get married, but that ended after the honeymoon. She is already separating herself from you. She wants a life of her own, and she wants to date other men, especially one other man. Until she acts on those feelings, they will not go away.

A few years ago we read a book by Brad Lewis called "Assault On Lake Casitas." Brad Lewis won an Olympic gold medal in rowing in the Eighties. One of the most important lessons he learned in life, he says, was while he had a job as a roofer. When he had gained some experience, his friend and mentor let Brad frame a roof on his own. It took Brad several days, and the roof ended up cockeyed.

Brad expected his mentor to show him a quick fix, but when his friend arrived, he took a hammer to the roof. In ten minutes he knocked down every board Brad spent days putting up. It was a tough lesson to learn, but you can spend your whole life trying to turn a wrong into a right.

Tony, that is where you are right now.