Coast Fork/Middle Fork would provide for South and West Eugene 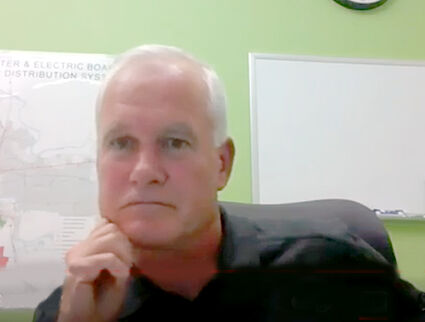 EUGENE: Plans to move ahead on ending the metro area's reliance on the McKenzie River as their only drinking water source got a nod from EWEB commissioners last Tuesday. During their October 5th virtual meeting, board members heard an update on plans that date back for decades.

Wally McCullough, the utility's water engineering supervisor, noted that having a single source of water for a community of almost 200,000 people was an "enormous vulnerability." He went on to say that although the McKenzie River is an excellent source of water, it is also vulnerable to a number of potential threats that include harmful algal blooms, chemical spills, and wildfires. "We know that Hayden Bridge (EWEB's current treatment plant) will not withstand a significant seismic event," he added.

In a memorandum, Chief Operations Officer Karen Kelley wrote that EWEB had made numerous attempts to build a second water treatment plant over the last several decades. During those reviews, the utility looked at sites on both the McKenzie River and the Willamette River.

The earlier efforts Kelley pointed out, had a goal of creating additional capacity while later efforts focused on enhanced resiliency. Since then three different properties have been purchased for both a river intake and a water treatment plant in South Glenwood (off Franklin Boulevard and McVay Hwy.) during negotiations with the Springfield Utility Board.

The design for the new river intake and treatment plant would have a capacity of approximately 16 million gallons per day (MGD).

Testing was done at a sampling point just downstream from the Coast Fork/Middle Fork confluence, where McCullough said a lot of contaminants had been detected. Those tests found metals, pesticides, nutrients, pesticides, and herbicides at very low levels that he said were similar to what is found in McKenzie River water. A difference, though, was the presence of more bacteria and organics as well as color, turbidity, and geosmin (which can cause odors).

The new treatment plant would be designed to treat raw water to better than the regulatory requirements McCullough said, while delivering about 5 MGD of drinking water to South and West Eugene area municipal water customers.

During an anticipated 2022 - 2024 permitting and design process, EWEB staff say the project would cost about $5.8 million. If a three-year construction plan began in 2026, annual costs would range from $25 to $29 million per year, bringing the total price tag to about $90 million.

In other business, the board took a look at a draft budget and long-range financial plan outlined by fiscal services supervisor Adam Rue. He reported the largest portion of the utility's budget is keyed to the costs of purchased power.

After five years of no overall rate increases, Rue said EWEB will be asking for changes that will impact both its electrical an water customers. Details of what those increases will amount to will be reported at EWEB's November board meeting. In the draft now under review, an increase of 3.25 percent is being considered for electric rates as well as a 4 percent increase for water customers.

During discussions, it was noted the Bonneville Power Administration might also raise their rates by 5 percent if they have to decrease power output levels at the Oroville Dam to improve fish passage there.