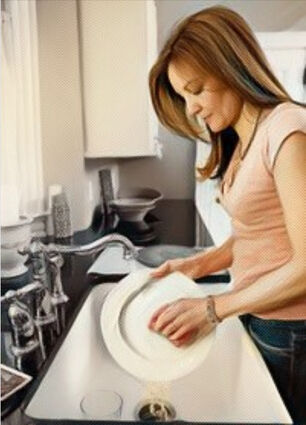 My husband and I are in counseling, but I feel better talking to someone else about my problem. You sound very down-to-earth. Can you help me?

I am a few years older than my husband. This is a second marriage for both of us and we have been married 10 years. My two children are almost grown, and his daughter is a teenager who spends every other weekend with us.

Our step situation has been rocky. My husband gave up on being a parent to my children years ago, though they are basically great kids. He has also had an affair.

He knew when he married me that I couldn't have any more children because I had a partial hysterectomy when my youngest was a baby. In the past several years it has hit him hard that he wants more children of his own. I tried hard to get him to think about adoption. I would love to raise a child together with him with no other parent involved.

How can I get my husband to think about adopting more seriously? Any advice would be greatly appreciated. I can't imagine going through another divorce.

Lisa, your husband has fathered one child and passed on the opportunity to parent two others. Now he claims he wants the one thing he has always known you can't give him, another child. He is not talking about an unfulfilled dream of his or an opportunity he never had. He has had both.

Like any good magician, he is using misdirection to divert your attention from the real issue. That issue is the same issue which presented itself when he cheated. He thinks he wants another woman, and he thinks he has found a way to get out of your marriage without saying it.

Saying he wants more biological children sounds almost plausible. But what matters most to him is that this well-crafted excuse lets him off the hook and puts the blame on you.

As long as you give credence to his excuse you are playing into his hands. He has things so well set up that divorce seems like the only possible and logical solution to the problem. You need to call him on it. You need to take away his excuse because it is not only unsolvable, it is untrue.

Recently I met a woman who is going through a divorce. She is very friendly. It seems like the beginning of something.

Starting any kind of relationship with someone going through a divorce makes me rather apprehensive. A little voice keeps telling me this may be a mistake. I feel like I am walking on March ice. What do you think?

Brad, you've heard the March ice crackling under your feet. Don't stand around questioning what you heard, head for solid ground!

Each of us has an instinctual inner voice that protects us from danger, even when we aren't paying attention. When you hear that voice, listen. It sees it senses, it knows something we have missed or overlooked.

Wayne says every mistake he ever made came from not listening to his inner voice. I feel the same way. Nothing you can purchase, no three-stage program or seven-step plan will ever replace or be as valuable as your own inner voice. Life becomes so simple, and so much happier when you learn to listen to and follow your inner voice.

You heard your "little voice" loud enough to write this letter. You've been warned. Believe it. Or someday you may hear another little voice saying, "I told you so!"