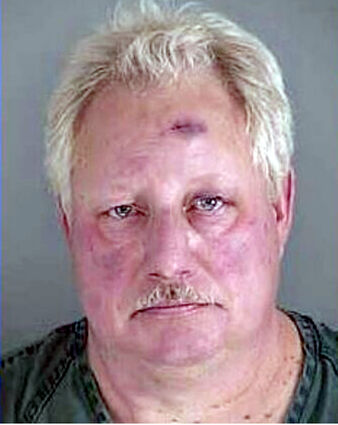 MARCOLA: A Marcola woman with a gunshot wound is fighting for her life in a Portland hospital this week.

Lane County Sheriff's Office deputies, Oregon State Police backup troopers, and paramedics responded to the 39000 block of Woods Road shortly after 5:30 p.m. on Friday after 911 dispatch received a report from a man advising that a female had been "inflicted with a gunshot wound."

Steven Illmann, 57, made the call and reportedly told dispatchers his wife had shot herself.

When police arrived on the scene they found a 59-year-old woman with a life-threatening gunshot wound. She was taken to Riverbend Hospital and soon after was flown to the Oregon Health & Science University facility in Portland for emergency treatment.

Investigators say evidence at the scene indicated Illmann had shot his wife. They also determined it was likely the suspect and victim had been arguing prior to the shooting.

Illmann was transported for treatment before he was taken to the Lane County Jail and booked on charges of first-degree assault.

Illmann's wife remains hospitalized in critical condition. He is scheduled for a December 20th court appearance.