Emergency Response gets good marks during a workout 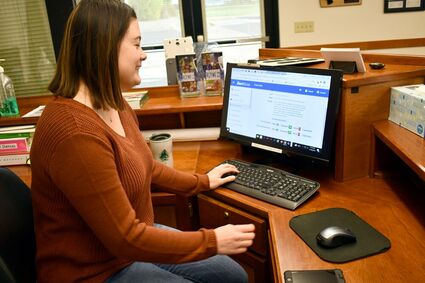 At McKenzie Fire & Rescue's Leaburg station, Devon Ashbridge was able to monitor in real-time how effective the test emergency alert was.

LEABURG: What some call "That god awful sound" did its job last Saturday when an emergency alert went out to mobile phones and landlines during a test conducted by McKenzie Fire & Rescue, Lane County Emergency Management, and Central Lane 9-1-1 conducted in the McKenzie Valley area. In addition text messages were also part of the practice exercise.

Apparently, it worked, with 1,615 people responding. "Within the first hour after the test, we had more than 1,300 of those responses, According to Devon Ashbridge, Lane County's Public Information Officer.

Part of being prepared for an emergency, officials say, is knowing how people will receive emergency alerts and life safety information. Fire Chief Darren Bucich said he was pleased with the outcome of the test and wanted to extend his thanks to those who took the time to complete the online survey following the test. "This provides valuable insight in emergency alert education moving forward.," Bucich said.

Rob Poirier, Technology and Quality Assurance Manager with Central Lane 911 agrees. "What we try to do is engagement - actually getting people to sign up for emergency notifications," Poirier said. "We really want to have the confidence that we have a level of engagement with the community. We'd rather have more people know than fewer."

Checking with people who responded to ate alert, more than 1/3 of said they hadn't been aware they could register for alerts. When asked how likely they'd be to act on emergency alert instructions without delay, an average 88 out of 100 said they would. 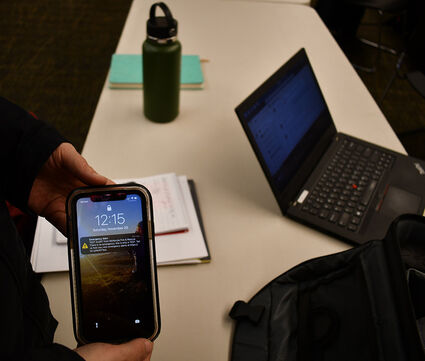 Quite a few people also said that in the event of a real emergency, they'd like to how to be prepared for an evacuation ahead of time, what to gather for sheltering in place, and what the different evacuation levels mean.

McKenzie Fire & Rescue plans to continue to work with the Lane County Emergency Manager and Central Lane 9-1-1 on community outreach and education.

Poirier admits that "It's not a perfect system yet," but has continually improved over the decades. "If we can do 20% of the effort to get 80% informed, that means there are fewer people we'll have to go door-to-door to alert in an emergency"