Pair were charged with wildfire breakins 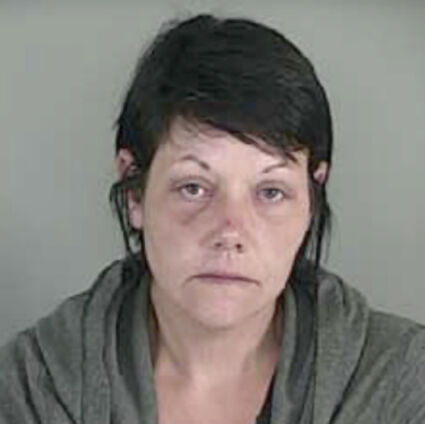 EUGENE: One of two suspects connected with robberies com-mitted during the Holiday Farm Fire evacuations of 2020 has been sentenced to 30 months in prison. Appearing in Lane County Circuit Court on November 3rd Lorrie Marie Hockerd was convicted of Burglary in the First Degree and sentenced to 30 months prison with 3 years post-prison supervision. She was also convicted of Theft in the First Degree (3 counts) and Mail Theft (2 counts). She was sentenced to 13 months prison on each count of Theft 1 and 24 months prison on each count of Mail Theft. Those sentences will run concurrently to the Burglary sentence.

The charges were related to a September 15th incident in the 41000 block of Deerhorn Road that culminated with an arrest by Springfield Police. According to SPD reports, they received a call that morning from an attendant at the 76 Gas Station at 4095 Main Street. The caller reported a male and female had been observed sorting through a pile of items and throwing things they apparently didn't want into a trash bin The pair, later identified as . Stephen Ray Friend and Lorrie Marie Hocker, were said to be operating a gold Ford Expedition and were seen leaving the station westbound.

When the caller looked at what was in the dumpster, he found jewelry, and credit cards, that helped identify the victims. All of victims had evacuated their residences in the Deerhorn Road area in response to the Holiday Farm Fire evacuation orders.

Using the vehicle description, police shortly after stopped the suspect's vehicle and found other items associated with homes on Deerhorn Road. The recovered items ranged from cameras and related equipment to jewelry and collectibles, as well as a package containing a hamburger press

In court on November 3rd, Hocker was transferred for custody of the Oregon Dept. of Corrections Friend is scheduled to appear before a Lane County Circuit Court judge on January 13th, but that date could be subject to change. His case had been postponed from a planned November 5th appearance date.