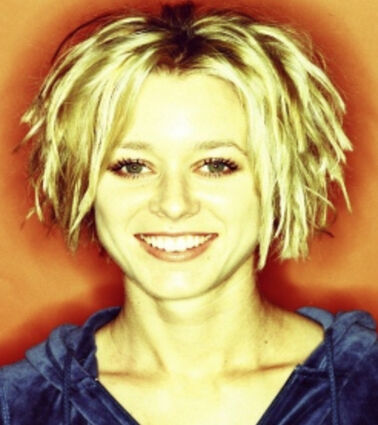 My name is Jessica. I am 25 and my boss is 47. I was wondering if it is inappropriate for me to have a personal, friendship-level relationship with him.

My boss says he is there if I need him, and he almost always is. He emails me electronic greeting cards for every occasion. We often talk to each other via email and text. I have been out with him and some others for a goodbye party for his secretary, and I enjoy his company very much.

I have always and still continue to feel completely comfortable and relaxed with him. I do not feel threatened or uncomfortable being alone with him at all. I have been alone with him in his office several times, and he has never done anything to make me feel uneasy.

Do you think I can keep the relationship, or do you feel it is wrong?

Jessica, whether it's learning a language, running a business, or initiating a relationship, pattern recognition is critical. The postman comes each day at one, and we learn when to have the outgoing mail ready. We hear the wail of a siren, and we pull over to let a fire engine pass.

One of the most important functions of pattern recognition is to protect us, but it can't do that if we ignore the pattern or refuse to see it. Your boss is a womanizer. He is involved with several women and grooming at least one more, you, to join the stable. His pattern of behavior is repeated every day, from the factory floor to the White House.

Perhaps you haven't been in this situation before, so you don't know what the end result is. Perhaps you don't realize each woman entering a relationship with him thought she would be the last. The truth is his pattern doesn't fit what you are looking for, but as long as women line up to be with him, he can only conclude what he is doing works. For him.

Don't give him credit for saying he is there if you need him. That statement will likely never be put to a real test. Making women feel comfortable with him is just his method of operation. Can you see his pattern, or will you learn an awfully hard lesson, the kind of lesson that makes you mistrust other men. Good, honest men.

One of my best friends asked me to be his girlfriend. I like him as a friend but nothing more. How can I tell him no in a way that won't make us stop being friends? Please answer as quickly as possible.

Marci, when you learn to say no, your life gets a whole lot simpler and a whole lot happier. Saying no is often difficult, but it's much easier than saying yes to something you don't want.

Tell your friend that you just want to be friends. Don't offer an excuse, an explanation, or leave any doubt that your answer is no. Often it is not possible to give a reason, like trying to explain why you like blue and not yellow.

You don't have to justify your feelings to anyone else, and offering lengthy explanations makes things worse. He can't argue with a simple, polite "No." Attempts to save his feelings now will result in more hurt feelings later, and give him hope where there should be none.

You can't find happiness in life without moving in the direction of your true feelings.