Save money by starting vegetable seeds at home 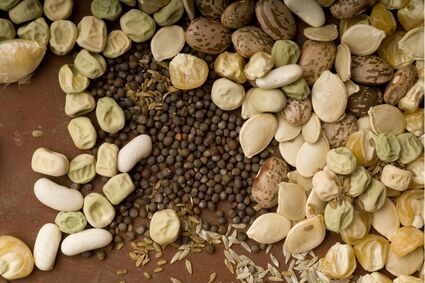 The calendar doesn’t say spring, but gardeners are ready to go. Turning vegetable seeds into plants helps satisfy the urge to put hands in the soil.

It’s best to seed cool-season crops such as lettuce, cabbage, kale and broccoli in flats in late February to early March in western Oregon, said Weston Miller, a horticulturist with the Oregon State University Extension Service. Warm-season crops such as tomatoes, peppers and eggplant should be sown in late March to early April.

Eastern Oregon gardeners should wait until later to start seeds, as the last frost doesn’t typically happen until May and sometimes even June, Miller said.

Germination starts when the seed takes up water, a process called imbibition. A seed just after germination consists of three parts: the embryonic root, also known as the radicle; the hypocotyl, or the developing shoot; and the cotyledons, or the plant’s first leaves.

During this fragile time in the life of a plant, it’s critical that seeds receive appropriate amounts of water, oxygen and light. At this point, starting seeds becomes a balancing act.

“Seeds need enough water for imbibition, but if they get too much it can suffocate the developing seed or lead to root rot,” Miller said. “If the soil temperatures are too cool, the seed won’t germinate and cold soil temperatures could also lead to damping-off, a disease caused by soil fungi.”

To successfully start seeds, first select and clean the right container. Miller recommends plastic flats or repurposed yogurt containers with adequate drainage. Sterilize the containers if they have been in contact with soil in a bleach solution of one part bleach to nine parts water, Miller advised. It is possible to grow seedlings in biodegradable pots fashioned out of newspaper or eggshell cartons, but the material takes a long time to break down in the soil after transplanting and the plant starts might not become well-established, Miller cautioned.

Next, find a seed starting mix at your local nursery or garden supply store. These mixes are not actually soil, but rather a sterile growing medium used to support growth, generally consisting of organic materials such as peat moss or coconut fiber and perlite, Miller said. The seeding material will retain water for seed germination and seedling growth and also drain well, he said. Place the flats on a seedling heat mat, which can be purchased at nurseries and garden supply stores. The mat will heat the seeding material to promote quick germination, Miller said.

It’s important to have enough light, Miller said. Use high-input grow lights or standard shop lights with fluorescent bulbs. Position the lights about 2 inches above the flat and move the shop lights up as the seedlings start to grow.

To tell if the seeds are getting enough water, the growing medium should always feel damp to the touch just under the surface, Miller said. Using a spray bottle is the most efficient way to water.

As they get larger some plants like tomatoes and melons should be “stepped up” from flats into a 4-inch pot and then potentially into a gallon-size pot prior to transplanting, Miller advised.

The OSU Extension guide Growing Your Own offers additional advice on starting seeds and a calendar of dates for planting various vegetables.