Between A Rock And A Hard Place 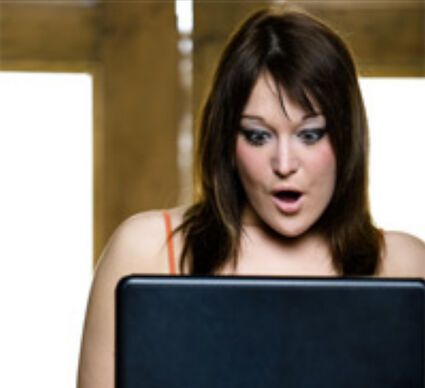 I am a 26-year-old married woman, and we are expecting our first child. My husband and I used to go out every weekend and play cards with friends or have a few drinks. I am unable to do this now. Since I became pregnant, I have lost my energy level and been sick a lot.

Curiosity killed the cat, but not me. Next morning I read his email, both sent and received. My husband had written a friend about how he wanted to hook up with her, and that he had great dreams about the sex they would have together. Her emails neither encouraged nor discouraged him. They havenâ€™t slept together yet, but I know my husbandâ€™s mind and eyes are straying.

I continued to read his mail and found several more with sexual hints or lies. One Saturday we spent the evening together, a romantic dinner and cozied up with a movie, followed by what married people do best. In his email he apologized to his friend and said he was sick and throwing up all night. This really hurt.

My dilemma is I am not sure how to tell him I know. I have printed out copies of his emails. Should I stay and constantly worry, or should I leave and wonder what he would have done. Maybe I am reading too much into this. Can you give me some advice?

Francesca, at this point in your marriage, your husband should be thinking and talking about being a father. He should be thrilled, sharing his excitement with you. He should be nest-building and preparing for this child, another part of him on the planet.

Instead, your husband is lying, the prelude to cheating. A person about to cheat fantasizes about it, plays it out in his head, and makes tentative efforts to bring it about. Your husband has done all of these. He is practicing to make it happen. You canâ€™t spend your whole life trying to stop him from doing this.

Nothingâ€”no marriage contract, no sense of duty, no outside pressureâ€”can force him to be what he is not. You must let him know that you know. If you donâ€™t, it will be a lie on your part. Hang on to copies of those emails. Put them in a safe place. You donâ€™t want their contents to be denied.

Just as your husband is thinking about himself, so you must think about yourself and the best interests of your child. The first step is telling your husband. There is no easy way to do this, and only you can decide the manner in which it should be done. You neednâ€™t use words, just show him the email.

Wishing, hoping, and false promises arenâ€™t going to aid you and your baby. Look at your situation in the harshest light of reality. The hard reality is that you canâ€™t undo what you know, and you know your husband is actively undermining your marriage.

Thatâ€™s hard, but thatâ€™s the truth.

My name is Rosemary and I have a question for you. What is the difference between dating someone and seeing someone in a dating sense?

Simply put, anything less than dating is not dating. Donâ€™t date anyone who speaks in riddles.