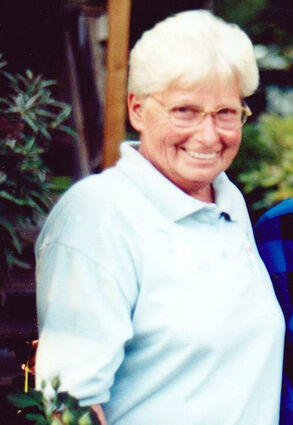 Shari was born in Vida, Oregon to Richard Eugene and Dorothy Josephine Dare on August 15, 1934. Shari attended schools in Deerhorn, Klamath Falls, and graduated from Springfield high school in 1952.

Shari is survived by her daughters Teresa (Mike) Scott of Springfield, Cynthia (Kelvin) Dietz of Eugene, and Juanita (Rob) Bassett of Springfield. Shari had four grandchildren; Michael, Andrew, Christopher, and Alysha. Five great-grandchildren; Tucker, Desmond, Sienna, Amaia, and Esmerelda. She is also survived by her sister Beverly Ferguson of North Carolina. Shari was preceded in death by her parents and brothers Clifford and Donald Dare.

A celebration of life will be held on March 11th at 12:00 at Springfield Memorial Gardens followed by internment. A small luncheon at the Walterville Grange at 39259 Camp Creek Road will follow.

In lieu of flowers, memorial contributions may be made to your favorite charities.   Arrangements entrusted to Springfield Memorial Gardens.