By wayne and Tamara Mitchell 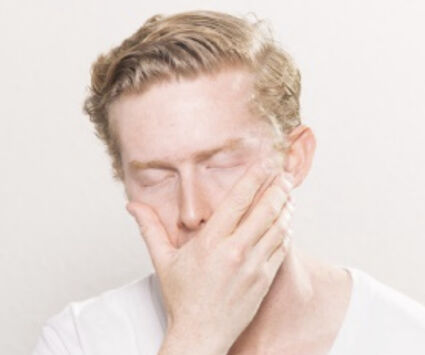 My history with relationships stinks. I chose the wrong men because I needed to feel needed. I thought if I could fix them, they would feel so grateful they would give me undying love.

I’m not making that mistake this time. The man I’m engaged to has nothing to fix. He’s perfect for me. Sounds too good to be true, right? There is one glitch. His ex-wife.

They met when he was 18, and she was 23, and they had two children. In their relationship, she was the boss, and he did what she wanted. They fought constantly, and after seven years, she called it quits to find herself.

Then I came along. We fell madly in love and became engaged. She told him he was going too fast. She tried to restrict his visits with his children. She claimed the kids needed time to adjust. He went against her restriction, and his kids and my kids get along wonderfully.

After our engagement, we visited his hometown with the children. His ex-wife called ahead to warn his friends of the terrible mistake he was making. My fiancé told them he was happier than he’s ever been. When he talked to his ex-wife later, she said she’s jealous because he has become the man she always wanted him to be. He said, when he was married to her, he couldn’t be that man.

Being with him has put my past in the dust. I never think of what I could have done differently because I am so happy with the way things have turned out. He’s the man of my dreams. He gives me absolutely no reason to doubt him. Why do I still feel insecure?

Gail, everything you say about this man shows he is now mature enough to deal with his ex-wife and the aftermath of that marriage. We don’t see anything to worry about. She is doing what jealous, controlling people always do…using the children as pawns, trying to poison his relationship with friends, attempting to deny you happiness.

Share your feelings with your fiancé. The greatest joy of being with the right person--the man perfect for you--is that you can be completely honest, completely open, and completely authentic.

That is what makes this relationship like no other. When you find that kind of connection, nothing life throws at you can separate the two of you. It may take a little time to get over old memories, but give your fiancé credit for learning from his past, just as you have.

I’ve been dating a man for three years. Rob is a great human being and I love him, but I come from a well-educated, “classy” family and his people are rather low class. His family’s ideals are very different. For example, his mother has no teeth. When his parents go to the racetrack, she walks around like that. I would spend my money on some dentures!

Also, Rob and his family are big gamblers. Rob runs gambling sheets and collects bets for his bookie in football season. Even though Rob promised me he will stop working for the bookie after we marry, he fully intends to keep gambling.

What should I do? I’m going crazy trying to decide.

Callista, don’t expect Rob to stop collecting bets after the wedding. The lament of men is, “After the wedding she changed.” In this case, my bet is he won’t change. Gambling can be an addictive and costly pursuit. Rob may use you and your income to support his lifestyle.

Then there’s the difference in your backgrounds. It matters to you. Don’t deny your feelings, they won’t go away. If you go ahead with this wedding, I’ll wager 10 to 1 that it won’t work out, and I don’t trust Rob or his bookie to hold the money.