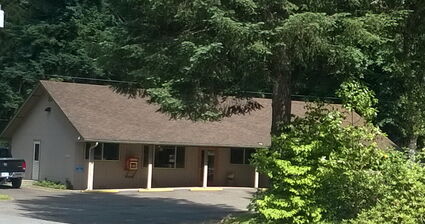 RAINBOW: Interest in a new clinic should help boost participation in this year’s election of board members for McKenzie Valley Wellness (MVW). Part of that interest relates to plans for a $1.8 million grant the local nonprofit has received to replace a building that burned in 2020.

Four incumbents are on the ballot: Jane Wilson, Val Rapp, Kelly Shaw, and Josh Cloke. Two people have announced they’re running as write-in candidates. Tony Casad is asking people to vote for him for Position 3, currently held by Rapp. Tia Cloke is seeking election to Position 2, which Wilson holds now.

According to the MVW bylaws, people who became members 30 days or more before an election will be able to vote. That means only people who were accepted by April 4th will be able to cast ballots for the May 3rd vote count. They have three options: sending a letter or email that arrives by May 2nd, or by attending the annual meeting that will be held at the Upper McKenzie Community Center in Rainbow. Despite some misconceptions, patients of Orchid Health Care are not automatically members of McKenzie Valley Wellness.

Some of the MVW non-profit’s approximately 180 members had questions about election integrity because the single-sheet ballot requires voter signatures. It also states the signed portion would be cut off before votes are tabulated.

People could use a separate privacy envelope inside a larger one if they identify themselves.

“There is no statutory require-ment that membership voting be private,” according to Kristina Edmunson with the Oregon Dept. of Justice. “Generally, if a nonprofit wishes to impose additional voting standards or requirements, it would do so by adopting appropriate provisions in its bylaws,” she said.

Critics, like former MVW board member Tim Laue, have questioned past financial decisions that depleted the organization’s reserves by more than $400,000 in less than four years. He’s also complained that it’s been hard for him to get details about how that occurred.

Rapp, says as the MVW president, she’s been authorized to speak for the board and has been open about the challenges all independent rural clinics face. She says a white paper she wrote for MVW has been discussed several times at their meetings. In addition, she reports the nonprofit’s CPA commented on the 2016-2019 losses, that, “no money was missing nor was there suspicious activity.”

In announcing her candidacy, Cloke said she “would like to continue to serve the community by supporting programs that promote wellness and ensuring that funding is used responsibly in our community.”

Casad said he “believes it is time for new leadership within MVW.”

Ballots can be submitted in person at the annual meeting, set for 7 p.m. next Tuesday. People can log into Zoom to view the session online. Those that didn’t receive a ballot will have to request a link in order “to prevent election pranksters from ‘Zoom-bombing’ and disrupting the meeting,” Rapp said.