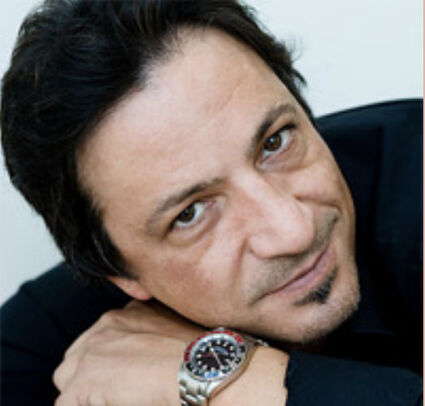 I'm deeply disturbed about my brother Ed. We're a family that's never gotten deeply involved in each other's problems. We're close but try not to meddle. However, I think Ed has reached a difficult point.

He's been married for seven years, and it's been hard for both of them. Ed has been chasing a business dream that never paid off. He's the type of guy everyone admires for his intelligence, charm, and creativity, but he frustrates us all because he can never seem to focus.

He's frustrated too. He's sought help in the form of therapy and prescriptions, but it doesn't help. As a family, we've divided on that as a potential solution anyway. In my mind, it's a shortcut to a discovery that isn't likely to pay off.

Ed can be sentimental and sweet. He can be touchy and temperamental. His wife is a great person, but she is considering a split and has already contacted a lawyer. They have no children. I don't know if the marriage can be, or should be, saved.

Ed is 38, young by many estimations. So at least there's that. But he feels too old to start over. When I talk to him, he acts as though everything is fairly okay. I don't know if I'm a voice he trusts with the feelings and thoughts he's sure to be having.

The rest of the family and I want to help him get his life together. Where do we begin? We all care for Ed a great deal, and for his wife. We realize there's a lot on this journey he'll just have to make on his own. But when you see a person close to you in pain, you feel there must be something you can do to keep his balloon tethered to the ground.

James, each of us is on our own journey. All the people who are dear to us-our mother, our brother, our child-are on their own journey as well. Their successes and failures, their life and death, are largely beyond our control.

Your sister-in-law has her own sense of purpose and her own needs. She will make her own decisions. Part of what you feel is grief because if they divorce, she moves out of the family perhaps forever.

A human being is like an energy field. Our habits and patterns of thought, even the way we hold our body and speak, form lines of force that encircle us. These lines of force are difficult to see, but they are real and limit what each of us is capable of doing. Change is always possible, but never possible without the will to change.

Countless people transformed their lives when they were much older than Ed, but until he is desperate for change, their example won't help him. If his wife leaves him, it may be the event that finally moves him forward.

You see your brother in pain and want to help. Do what seems right to you, whether that means giving to him or withholding from him. At worst, Ed will remain one who muddles through life living below his potential. At best, his failed dreams will be the catalyst that transforms him. Do you think Ed is afraid to start over? Actually, he hasn't yet begun.

How do you break up with someone without hurting them?

Desiree, trying to end a relationship without hurting the other person is like a doctor trying to set a broken arm without inflicting pain. The intention is not to hurt but to heal the situation.

What is the alternative? You can't allow bones to knit together in a way that makes the arm useless and misshapen. You can't allow someone to believe a relationship is continuing when you know it is over. Delaying the pain makes the pain greater.