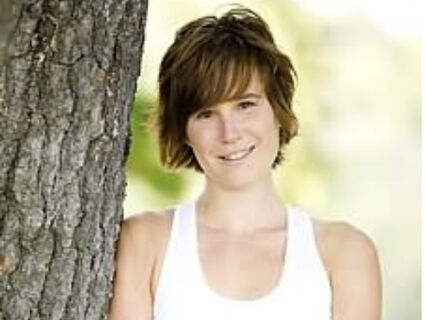 Six months ago I met a certain man through my father. After our introduction we talked, and he told me if I could meet him somewhere, he wanted to tell me something important. I didn't show up because I was afraid.

Since then not a moment goes by that I don't think of him. I have seen him a few times, but he acts like he doesn't notice me. I am frustrated because I am falling in love with him. I asked advice from a friend, but she said if he was interested in me, he could have told me a long time ago.

Whenever I see this man, I feel I am being torn apart. I don't think I can live without him. My instinct is telling me we will be together some day.

Carmen, there is a big difference between instinct and second thoughts. Your instincts told you to beware, this man's invitation sounds fishy. Acting from instinct, you didn't show up.

Personal security expert Gavin de Becker tells people intuition is always right in two ways. It is always in response to something and always has your best interest at heart. "Unlike worry," de Becker says, "intuition will not waste your time."

Acting from instinct, you didn't meet him. Now you are having second thoughts. You say you don't think you can live without him, but what you really can't live without is love. One of the hardest things for people to learn is not to let their need for love override an obvious bad choice.

I answered an online personal ad posted by a man in my city. I liked his ad, and his photograph was interesting. After several attempts to meet, we decided to give up. To be honest, I think our interest in each other fizzled at the same time.

Although we didn't discuss personal information, we did exchange information about where we worked. I noticed from his email address that we both worked in the same industry. Since I work in a huge place, I didn't think much about divulging the name of my company.

In one email, he mentioned he had friends at my workplace, and they said good things about me. One of the people he talked to was my supervisor. I honestly wasn't trying to send this man a parting shot, but I did tell him, in a nice way, I didn't like him asking colleagues about me.

He fired back a venomous two page email. I was shocked. Not wanting to leave things in an uproar, I responded in a gentle, conciliatory way. His response was shorter, but even more vicious. He called me paranoid and neurotic, and warned me against contacting him again.

I know I'll never divulge my workplace again, but I wonder if I was wrong to tell him how I felt? What is the protocol for a situation like this?

Marcia, have you seen the famous Peter Steiner cartoon about the Internet? A dog sits on a chair at a desk, one paw on a computer keyboard. He looks down at a dog on the floor and says, "On the Internet, nobody knows you're a dog."

There is only one rule for a woman to follow online: don't do anything which compromises your safety. As far as you could reasonably expect, you did nothing wrong. If anyone at work mentions this man, laugh it off. You have nothing to be ashamed of.

Once he flamed you, you should have left him alone. The wisest strategy for dealing with angry, irrational people is to end contact completely. There is no established protocol for dealing with a situation like this. It's like going to a football game. You will rub elbows with all kinds of people, from philanthropists to criminals. Evaluate each person on their own merits.