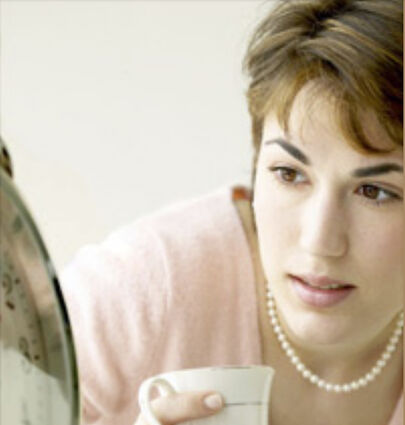 Three years ago my husband confessed to me face-to-face, he had an affair with a friend of mine. It hurt me so badly, but after days of him apologizing, saying how much he loved me and what a mistake he made, I took him back.

Now he is controlling me. He doesn't like me to sit and talk with my friends, or play cards with them. He wants me to stay here at home under him. He doesn't trust me, though I never gave him reason to doubt me.

I believe he's afraid I am going to get revenge on him. I've asked him, but of course, he denies it. He goes hunting and camping while I stay home with the kids, but when I want to go out, he blows up. When I reminded him I stay home so he can go out, he said he won't hunt or camp again.

I have suggested separating for a while and seeing if time apart improves things. He said if I leave, that's it. Now I feel I need to stay home and go nowhere just to keep him satisfied. He even gets mad if I go to my mother's. Please help.

Every day that goes by, his fear builds. He is thinking, "If she gets away from me, she'll get even with me, and I won't even know for sure she did it." He knows he would never forgive you what you forgave him.

The guilty party is in control here, and he doesn't have the right. He is acting like a jailer, and you are innocent of all crimes. You may feel separation will give you more standing in your relationship. If you want to exercise that option, don't let his threat stop you.

Many books have been written about how to get past infidelity, but our experience is that cheating always remains central to the relationship. How do you uncrack an egg? The answer is: you don't.

I was with this guy for a year. He wasn't my first, but I never knew I was capable of such deep love. I told my friends he's an angel.

One day I visited him in the hostel, and a girl was in his room. I didn't suspect anything because I knew they had a report to finish. But they were so very quiet that day like they were hiding something. When he offered to walk me home, I asked him jokingly if they were together. Surprise, surprise! He said, "Yes."

I thought he was pulling my leg, but after asking him repeatedly, the truth sank in. The days after that were hell. I was suicidal. Three months later, I am no longer suicidal, but I...well...practice self-mutilation. I know it's wrong, but when I think about the past, hurting myself physically seems to ease the emotional pain. It feels good when I cut myself.

Exams are around the corner. I can't concentrate. It hurts so much when I see them hand in hand, smiling and laughing. I used to participate in life, now I'm an observer. I feel I'm just waiting for death. Thanks for listening even if you don't answer.

Until you deal with this, it won't be possible to deal with anything else. If the first therapist doesn't help, seek a second or a third. Addressing this problem comes first in your life. Don't give up, do it until it is done.