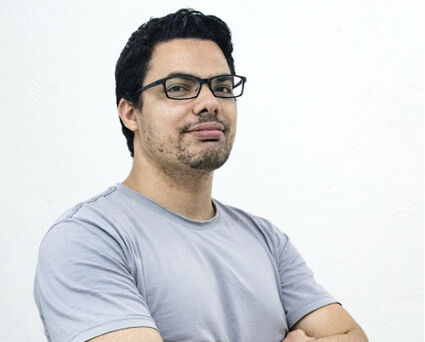 When Jeff and I met 15 years ago, we truly believed we were soul mates. To this day we've never been bored with each other. We spend hours together talking, playing, laughing, scheming. People say he worships the ground I walk on.

He's always been sexual in a boyish way, and when we first met, he said he no longer lusted after women. He was married to his first wife then, and she later informed me he would always cheat, even on me.

Three years into the marriage my 18-year-old son saw Jeff and a woman outside his apartment. Jeff asked my son if he could use his place for a while. Confused, my son agreed and left. I found out about this five years later when my son felt he had to tell me. When confronted Jeff denied it.

There was always something suspicious about Jeff. There were cards, letters, and pictures that suggested he was cheating all through the marriage. All of the women seemed to be of the same makeup: weak, uneducated, and single. Jeff denied everything, tearing up the evidence before my eyes.

Two years ago a woman called me to say she had been having an affair with Jeff. In fact, on our anniversary, he bought her flowers. We had a knock-down, drag-out fight and he was arrested. Like most wives, I dropped all charges.

After each episode, Jeff acts his usual cheerful self as if nothing happened. It makes me want to go out and do the same to him, but I just can't. Mind you, I'm a good-looking woman with style. Men are attracted to me. Maybe it sounds crazy, but when Jeff and I are together, I feel loved. But I also feel betrayed.

There was no more evidence of cheating until a few days ago during our wonderful vacation in Belize. I traced a hang-up call back to a woman who Jeff was seeing. She said she wouldn't have been involved unless he was getting a divorce, which he said he was.

I'm numb. I haven't slept in days, I can't eat, I haven't spoken 20 words to Jeff. I can't even imagine a future anymore. Yet I know Jeff will never leave on his own. Everything is in my name and my accounts. I feel sorry for him because I've always been the breadwinner.

I offered to pay him $10,000 to leave. He refused. He doesn't want money. If I leave or put him out, what excuse can I give the family? They believe we are just like honeymooners. Telling the truth would destroy him, their relationship with him, everything. Why can't he be faithful?

After each episode, he acts as if nothing happened. That is because nothing has happened to him. He is doing what he has always done. He is like the boss who tells prospective employees they will have to work overtime and on Sundays. Once hired, their complaints fall on deaf ears, and rightfully so. Why? The boss forewarned them and they accepted the terms.

Being the breadwinner is your plus. That is why he is with you instead of another woman. He turned down your cash offer because you are worth more to him than $10,000. You are his base of operations. Unwittingly you provide him with the means and leisure to court other women.

Your family, like your son, may well know the truth about your relationship. You offered them the image of honeymooners. If you stick with this lie, you will be stuck with it for the rest of your life.

Wayne & Tamara are also the authors of Cheating in a Nutshell, available from Amazon, Apple, and most booksellers.