New fire drone based in Nimrod 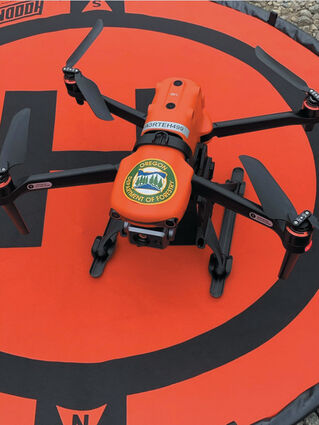 NIMROD: The Oregon Dept. of Forestry's South Cascade District has added a drone, based out of the Holeman Guard Station that will be used for a variety of missions, The quadcopter unit is fitted with both an infrared and an 8k camera.

Personnel using the drone will be flying from a marked vehicle and wearing fire season uniforms. They'd be happy to show and explain the drone as part of the South Cascade District's focus on customer service, early detection, and safe suppression, as well as keeping fires as small as possible.