By Wayne and Tamara Michell 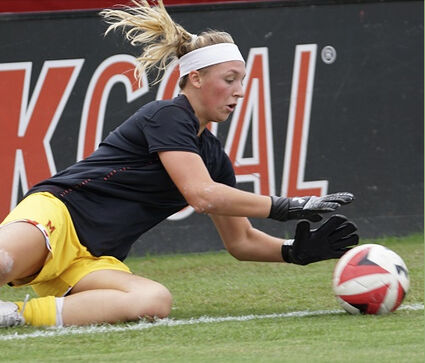 My daughter is a high school senior, 18 years old. She is very cute, extremely athletic, and will graduate with high honors. Cami has been very easy to direct and raise. Her girlfriends are also bright and popular, but Cami is less secure with boys.

Some friends introduced her to a group of boys from another school. One of the boys, Anthony, is a goalie at his school; Cami is also a goalie for her school. She seems to like him. Anthony came by to carry her to the movies tonight. Shock! He is short, heavy set, with a beard and long hair.

How do we discourage this relationship without making her feel less secure? What can we do to make her more secure? How can we foster or promote confidence with boys?

Based on physical appearance alone, Anthony is unacceptable to you and your husband. If you value externals so much, why can't you say it? You are trying to pass down a bias without having to admit to it. You know if you tell your daughter the unvarnished truth, she will reject it as unfair and unacceptable.

Taking this direction with Cami undermines her ability to make choices for herself. You are forcing her to choose between her parents' love and approval, and what she feels is right for herself as an individual. It is the interior of a man which will make your daughter happy or unhappy. It is not for you to pick your daughter's husband by who you would pick for yourself.

You are teaching her to judge people based on what is outside, not what is inside. This attitude can have effects you don't anticipate. Will it make her two-faced? Will she judge herself harshly as her own looks begin to fade? Or will she learn to tell you and your husband what you want to hear, and act as she chooses behind your back?

I am a woman who has married not once, not twice, but four times. I filed for all four divorces. The first time I was young and pregnant and it lasted a year.

Number two lasted 18 years. I thought I needed more attention from a hardworking, family-oriented man who was often out of town, leaving me sleeping single in a married bed. After 17 years of marriage, I had my first affair, which I continued in a hardhearted way until I left him.

Third time around was to my affair, a salesman who visibly adored all women but professed to love only me. It was a roller coaster life of marital insecurity. I left him seven times in 10 years, but each time he coaxed me back by making me feel I couldn't live without him.

Marriage number four lasted six months. I won't even go there about this marriage except to say it was based on total stupidity on my part. I've now been single for two years, a record for me!

Recently I have found myself drawn to a man who has entered my heart like no other. He is a very God-loving individual, yet I sense despair in myself that is hard to explain. Four failed marriages don't warrant my credibility. How do I know what is real and lasting? How do you explain my attraction to such different personalities?

Ava, there's a difference between accepting any open job and accepting the job that's right for you. For years you have been attracted to whoever is attracted to you. If any of these men were the "right job," you wouldn't have quit.

Some people say, "Love is blind." It isn't true. Want is blind. Want is also deaf and dumb. When you close your eyes to the reality before you, when you fail to face the truth, you act from want, and they want to get married won't keep you married.

Love is always an addition, an enhancement, an improvement to your life. When negative emotions crop up, it's a sign of something else. It's a sign you are about to act because you need the job, not because it's the job you love.

Wayne & Tamara are also the authors of The Friendship Solution, available from Amazon, Apple and most booksellers.