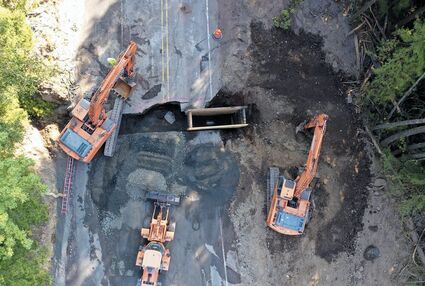 The work includes building a retaining wall, moving and rebuilding 1,000 feet of the road, and repairing damage caused by landslides.

HWY. 20: A total closure of U.S. Route 20 - from Milepost 54 to 57 - is scheduled for September 9th to 22nd. The $4.96 million Oregon Dept. of Transportation project is designed to make the area safer by building a retaining wall, realigning part of the road, and repairing damage from a landslide. 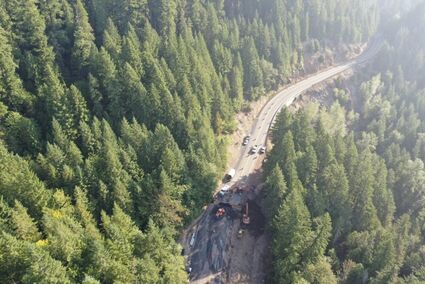 ODOT investigated a portion of U.S. 20 east of Sweet Home and along the South Santiam River to decide the best solution to mitigate the slide movement. The recommended repair for the Double Gate and Upper Sunken Grade slide areas is to regrade and/or realign the road and build a retaining wall. Inspectors are ​also conducting further tests at milepost 53.7, but there is no construction planned at this time due to lack of funding.

Several horizontal drains were installed from Milepost 55.4 - 55.6 during 2019 to help water flow. The current project will regrade and reconstruct the roadway in sections that have seen significant settlng.