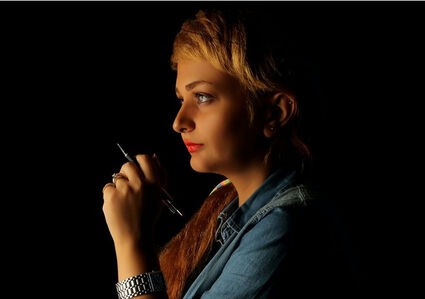 I was listening to a woman author on TV. Paraphrasing her, she said something like, "If you were happy 50 percent of the time, you had a good marriage."

I am in a marriage with an alcoholic who is in recovery. I deal with lies, broken promises, rage, and denial. You know the profile.

We have been through a turbulent decade. I learned many lessons about myself. I have grown. My husband is still in denial about his role in our problematic relationship. He wants out.

I suspect he is running away from himself more than me. I decided I would stand by my vows of marriage. I was divorced before and left when the going got rough.

My intuition says time, perhaps 15 or 20 years, is needed for some relationships to settle down. What do you think?

Aimee, when we were in school, 50 percent was a failing grade. If you accept 50 percent, then failure becomes the norm, and ever-diminishing expectations are accepted.

Perhaps this author was acknowledging she doesn't know how to raise the number to a passing grade. Or perhaps she was saying she doesn't know what 100 percent is because those people don't see counselors. Keep in mind she is talking about her own experience.

You divorced because the going got rough. Then you married an alcoholic. Where is the learning in that? This time, all factors considered, you've decided to continue no matter what. Surprise! He's decided to bail on you.

You are interfering with his drinking, and drinking is what he wants to continue. It's hard to believe he chooses alcohol over you, but he has a legal right to and you can't stop him.

When people start believing 50 percent is acceptable, chances are they will enter a failing relationship. Why doesn't it dawn on them that settling for half is likely to be the height that relationship ever reaches? The other side of 50 percent happy is 50 percent miserable.

I am almost at my wit's end. I have been in a relationship with my fiancé since I was 17. He is the father of my three children, and I love and adore him. The problem is I don't think he respects me as a person.

My opinion doesn't matter to him if it's not agreeable to him. He disagrees with me about close to everything. He puts me down as a parent because I don't do things the way he does. He defends himself by saying "that's the way I grew up." But when I use the same argument, he says it doesn't mean my parents were right.

We've always managed to work through the hard times, but sometimes when he invalidates my feelings, I want to leave him. My friends say it's just how some men are, stuck in the Stone Age. It leaves me feeling nothing I do or say is good enough.

I don't want to end up losing myself for fear I'm not pleasing him or doing what he says. Am I making too big a deal out of this, or is there a problem here?

Linda, it is said that when Catherine the Great toured Russia by barge or by coach, she glimpsed only picturesque, tidy villages in the distance. The villages were actually mobile, false fronts erected by her minister Potemkin. They concealed from her the misery of her subjects.

Every now and then your inner self looks at the Potemkin village of your "engagement" too closely and realizes it is a façade. Your inner part is who wrote us. Now you must decide what you want.

Which side of yourself will you follow? The part which accepts the lie, or the part which wants what is real. Your future depends on doing what is necessary to change your life.