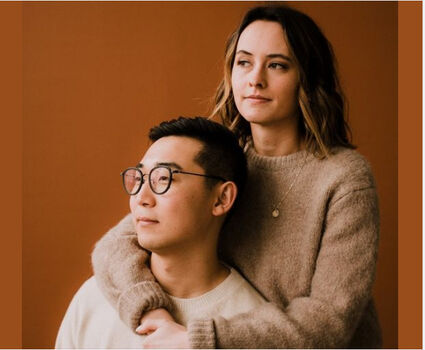 My husband has a mild case of Tourette Syndrome, which causes involuntary movements and unwelcome outcries. We've been married six years, and I'm not sure I can take it anymore.

His symptoms include anger, immaturity, and not linking action with consequence. He lashes out at me, then blames me for making him do it. Our daily life revolves around him acting worse than a child. The only peace is when I hide everything I feel and need.

When his Tourette's isn't acting up, he is a different person. Unfortunately, making him take his medication is like pulling teeth, and counseling is out of the question in his book. I don't believe in divorce, but this is killing me from the inside out.

To make matters worse, we have two kids. As a side note, he has never gotten physical with them, but he has with me three times.

Pauline, you have been left holding up your husband's end of the marriage as well as your own. It isn't fair. You are not his physician, pharmacist, case worker, and motivational coach. You are his wife and partner.

Perhaps in the beginning you took up the slack in the relationship too quickly and that encouraged him to do less. Perhaps you minimized what life together would be like. Like Scarlett O'Hara in "Gone With the Wind," you said, "I'll think about that tomorrow."

Tomorrow is at hand, marriage includes two people, and it takes both to succeed. It's time for a talk, a thoughtful, calm expression of your feelings. Let your husband know the seriousness of the situation. He must understand how important it is for him to make the effort to manage his Tourette's.

The choice is his. For the sake of his marriage, he can accept help and make the effort. Or like Rhett Butler, he may say, "Frankly, my dear, I don't give a damn." Either way, you will have your answer.

I worked with a gentleman for 10 years. During this entire time, we were just good friends. After my divorce, I learned the feelings between us were more than friendship. He was still married, but unhappy and wanted to get out.

In the beginning, the space between us was good for the simple fact I needed space after a divorce. He promised we would be together after his son graduated. Then it was one excuse after another. I was understanding at first, but now it is becoming more than I can bear.

I love this man with all my heart. He's a good friend, a good lover, wonderful with my children, and my soul mate. He loves me the same, but he can't seem to get his stuff together to move out.

I don't want to move on with my life without him, but on the other hand, I'm tired of getting hurt, being a good person, and taking it all in stride. What should I do to get him to open his eyes and see what he's missing?

Deedee, it's an uneasy and precarious position you are in. Uneasy because you've experienced the feelings divorce causes, and you are enough involved in another woman's marriage to cause divorce. It is precarious because you can't know the truth about his feelings for you.

He may have been a "gentleman" for the 10 years you were friends, but after your divorce, he became a man who cheats on his wife and makes empty promises to another woman. You want him to open his eyes and see what he's missing. Why not open yours and see what you are missing?

He's not missing anything. He has a wife at home and a mistress on the side. You don't want to move on without him, but he's given you no choice. That is your only choice and what you must do.