A Spoonful Of Sugar 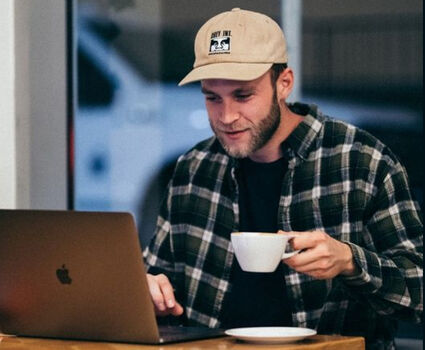 My husband and I have been married for only 11 months. We always had problems, but our relationship was never this bad before. I am wondering if I should stay with him.

Since the beginning, we've had arguments almost every day. I admit I start most of them. I get mad at him so easily when he doesn't do what I want or leaves me home to go with his friends to nightclubs.

Yesterday I found out he is posting saying he is not married. This is not the first time he has done this, and some of these women he's called. He says he does this because I hurt him, get mad so easily, and don't let him do what he wants.

Today he said, "I love you, but I'm not in love with you." I still love him and want to be with him. I want to repair our marriage, but I'm scared. Maybe we should separate since we've tried to make it work and failed so many times.

We tell people the word "but" should go off in their heads like a gunshot. Pay close attention to what follows. It is the part that matters. You wanted to get married, but you had problems in your relationship from the beginning. You ignored the "buts" while you were dating, but it is not possible to ignore them now.

I am single, never married, have a good career, and hold four academic qualifications through a university. I enjoy working with people at a professional level.

Five years ago, I met Mr. X while traveling to work, and we became friends. At first, he did not tell me he was married. A friend told me. When I questioned him, he admitted it, saying they were separated. I was also told the wife keeps coming and going in his life.

After about a year, I had no more calls from Mr. X. When I investigated, I found the wife was back again. I decided to move on, and when I was fine, received a call from Mr. X saying she moved out. He promised not to take her back, so again we got together.

However, he refused to go out in public. All he wanted to do was book a room and chat about his situation. After much complaining by me, we went to a movie. He would not walk alongside me, and even in the cinema, he sat as if being watched.

He forgets my birthday, and when I am writing exams he does not even inquire about the result. In May, he stopped calling. Now he wants to come back to me as his wife is moving out again. I am tired of this situation, but I do not know what to do.

Serena, some things in relationships are as clear as the multiplication tables. You say three things about Mr. X. He won't take you out in public, he won't introduce you to friends, and another woman keeps appearing in his life.

Any number multiplied by zero is still zero. Three times zero is zero. If this was a question on an exam, you would have the answer. Wasting time trying to revise the multiplication tables prevents you from finding the correct answer and the correct man.