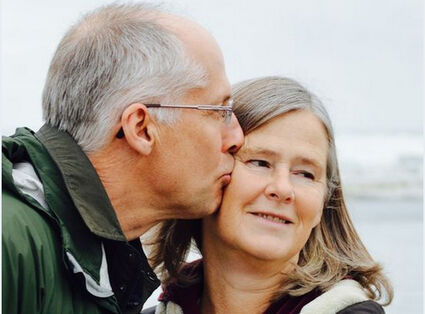 My son had a rough divorce, and his family stayed with him all the way. He used his hands on her, but she had been pushing his buttons. Along with the divorce came financial problems, and we loaned him money.

He lived with us for about a year and then moved out on his own. All the while, he was a very good son living under his parents’ roof. He was fortunate to earn a decent living, and one day he met a lovely girl who eventually became his second wife.

He borrowed money to start his own business. Recently, we learned he rented out his house and moved into his mother-in-law’s empty one, as his business was not doing well and he couldn’t keep up. He did not tell us his problems but wrote us a very hurtful letter saying he was brought up with the wrong priorities.

He wrote off a large debt owed to us by saying he feels he’s paid enough. We paid what was owed and put all the financial stuff away. Now he has stepped away from his parents, and we visit our grandchildren while he is at work. Most recently, he said he will meet with his father, not me, to talk over what is on his mind. When that happens, we do not know.

If he wants to see us, it’s with no therapy, so he is still basically the same person. What is wrong? Who knows? What did I do, his mother, who went 200 percent for her son, and gave him everything he asked for? He has taken the unconditional love we had for him and tells us he would have been better off going to jail if he knew what the future would bring.

Molly, imagine you gave someone $100 every day. They didn’t have to work for it or earn it, you simply gave it to them. Then one day you ask them to sweep the sidewalk, and they refuse. Why? Because they don’t feel they need to do anything. They feel entitled.

Your son realizes something is wrong with him, but he doesn’t know how to say it. Not only that, the selfish part of him still wants to receive without earning. What he was trying to say in that hurtful letter is this. “You gave so much I didn’t learn how to work for reward. I expected things to come easily. I expected to be backed even when I was wrong. That hurt me.”

Your son feels he missed out on the guiding, molding, and shaping he needed from his parents. That is the part that establishes the emotional bond between parent and child. Being neither too lenient nor too strict is the hard part for both parents and child.

The first time you gave to him when he knew he was in the wrong, diminished you in his eyes. It spoiled him, and spoiled people tend not to feel love because they are so focused on themselves. Now he feels too old to change, and he is mad about it. His only resort is to say, “You did this to me!”

It doesn’t matter how good or bad our parents are. There comes a time when each of us must realize our life is in our own hands, and nobody else’s. That is what your son must now face. Maybe what the future holds for you is talking to other parents about the need to be strong with their children. A lack of balance in the relationship, giving too much or too little, always causes problems.

When parents take the hard path when necessary, they eventually reap the reward. Their children come back to them in love and live more successful lives. Our future with our children is formed while they are children.