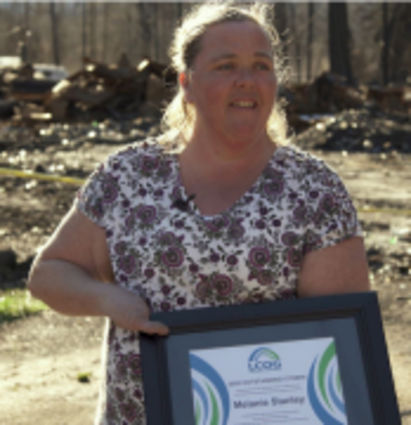 Each year, The Lane Council of Governments (LCOG) celebrates regional accomplishments for the prior year and recognizes elected officials, public employees, citizens, intergovernmental teams, economic enhancement work, and those that have dedicated their lives to public service.

This year the Outstanding Citizen Award was presented to Melanie Stanley, for her work and contributions to the community as the “Unofficial Mayor” of Blue River. The annual award for Outstanding Elected Official was given to Lane County Sheriff Cliff Harrold. Richard Meyers was recognized as the Outstanding Public Employee for his exemplary performance and service as the City Manager of Cottage Grove. The award for Outstanding Public Career was presented to Pete Sorenson, who served as a Lane County Commissioner for more than two decades

The awards were announced at LCOG’s annual member appreciation event on Friday, March 5th, -  virtually via Zoom - a first for this event. More than 60 elected and appointed officials, business and community members, and public employees from across Lane County attended, which highlighted local accomplishments. U.S. Senator Ron Wyden gave a special message of appreciation. The event also acknowledged the challenges and humor of remote work life this past year, with a video montage of “bloopers” from local government online meetings at: https://vimeo.com/522546907