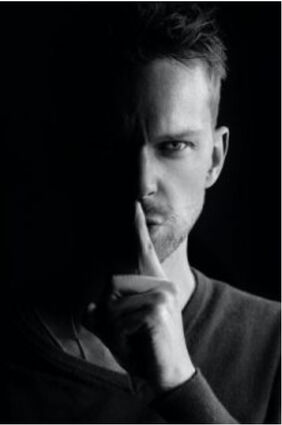 I identify as a self-sufficient, dependent person. I consider myself a beautiful woman, not in a conceited way, but I've been told this my entire life.

I am an empath. I've dedicated my life to working in social services. I am a free spirit, yet an entrepreneur at heart. I love empowering women, and I'm working on becoming a certified self-love coach.

I am 35; my partner is 38. He cheated on me during our entire relationship. He never admitted to the timeline, but he claims it wasn't years. Still, the other woman has photos dating back to 2016.

He said the pictures were old, and she was an ex who was obsessed with him. Honestly, the way she presented herself, I believed him. I also believed he worshipped the ground I walked on.

From late 2016, he was living a double life. He stayed with her during the week, and we saw each other on weekends, vacations, and on random days off. We looked at houses, but he would never commit. The same with engagement rings.

He got caught when I was 20 weeks pregnant, a pregnancy that was planned. On the day he was caught, I told him I would be sharing our pregnancy. I sent him a message saying so. He messaged me, saying he had been told I was cheating on him.

I realize now he said this to use against me, because an hour after I posted our pregnancy announcement, his other girlfriend contacted me. When I confronted him, he said, "See, you never believe me! People are saying you are cheating on me, and I believe you. But you can't do the same for me!"

I feel sick thinking back to this. The next day, he eventually admitted he was cheating. For a while, he seemed remorseful. He cried. He was depressed. He lost weight. He begged and apologized all the time.

I also found out he lied about his career. He had been fired from his job in 2016, but he told me he was still working as a pharmacist. I actually think he was a pharmacy tech.

I now believe he was fired for stealing narcotics and selling them. A couple of days ago, I went through his computer and found an apology letter he wrote to the court saying he was sorry for stealing.

On his laptop, I found a video. It was really dark, but I could hear two people having sex. I believe he had sex with a woman while he was visiting his grandparents in 2017. It was a trip I paid for.

Belinda, in 1994, a boy went missing in San Antonio, Texas. He was last seen playing basketball with friends. Three years later, a French serial imposter assumed the missing boy's identity. He was flown to the United States and, for five months, accepted as authentic by some of the boy's family.

This was despite the fact he spoke with a French accent and had brown eyes and dark hair, while the missing boy was a blue-eyed blond. Released from prison in the U.S., this imposter repeated the deception in Spain and again in France.

Your boyfriend is a serial imposter, but he doesn't pose as an orphan. He poses as a man who loves women he does not love, like you.

Men like him are without mercy and without remorse.

An empath can feel things. A social worker knows to verify everything she is told. That is why she does home visits and verifies employment. But you turned all of that off because your need for someone was so great.

You never met his friends or family. You never confirmed he had a job. You accepted everything at face value.

When it comes to love, we cannot toss out everything we know about life. You followed a recipe for tuna casserole and continued on, even when you saw no tuna in the list of ingredients.

All you can do now is learn a bitter lesson and be the best parent you can be.