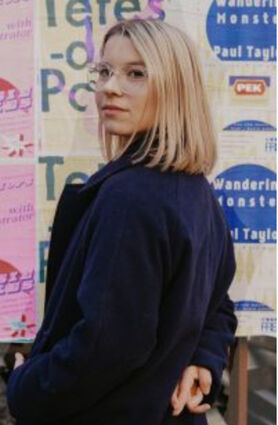 Five years ago, I started dating a guy, and after a month he revealed he was married with two children. He said he was unhappy and planned on leaving. Being young and foolish, I stayed with him for a year before realizing it would not happen.

But I formed strong attachments with him and particularly his kids, and so we remained friends. I got over him and tried to support him in his efforts to make a go of his marriage. Still, I had to push back his advances every so often.

I got to know his wife, and it turns out that, of course, she isn't the monster he described. She is a lovely person who has been lied to and made empty promises to. Much the same way I was taken in by him.

He tried to run his own business but was a hopeless spender who plunged them into debt. His wife had to refinance the house twice. He continues to lie about money, and I am convinced he's had other affairs. I know he slept with at least one other woman while he was with me.

During their marriage, his wife became depressed and took up smoking and drinking. But he managed to keep his cheating from her. They recently separated, and I am now better friends with her than I am with him.

She remains ignorant of my affair with him, and I feel terrible about it. I feel like she ought to know. I said nothing before because I hoped the marriage would work for the children's sake.

I try to be a good friend and help her where I can, but I feel like a hypocrite.

I'm tempted to tell her everything, so she will know exactly what he is like. She deserves better, and I want her to know what a rat he is. But I can't do that without losing her friendship myself.

I'd like to think she could forgive me, but in reality, I can't be sure. I'm still close to the kids, and it would mean losing them.

But I am scared what will happen if I let something slip one day, or if someone else tells on me. There is a fair-sized group of people who know, though they have kept silent for the past five years.

It might be better to take the risk, sit her down, try to explain my mistakes, and ask for forgiveness. Is it selfish of me to want to clear my conscience when nobody stands to gain from me telling?

The marriage is over, after all, and they are coping well with sharing the kids. My friend seems much happier and has cut down on her drinking. Is the moral argument worth spoiling the peace?

Patty, let's consider this from his wife's point of view. You cheated with her husband. Then you entangled yourself into her life and the lives of her children.

If you tell her, she will doubt herself, doubt her sanity, and know she has been made a fool of. Fooled by her husband and fooled by his mistress. She will feel you perpetrated a fraud on her.

It does not appear conscience is the issue. It appears it is the fear of being found out. Right now, this woman believes her husband caused the demise of the marriage, not another woman. The blame is where it should be, on him. Don't take that explanation away from her.

Telling her risks her thinking, No, it wasn't my husband who ruined my marriage, it was you.

What must the people who know be thinking? You are hanging out with the wife, and she doesn't know. OMG!

In one sense, you got involved with the wife and kids because it still linked you to him. In another sense, you appear to be a voyeur. You got to spy into the intimate lives of this woman and her children. How could she ever think your friendship was genuine?

You are as much in the wrong today as you were when you stayed with him, once you knew he was married. You sided with the deceiver because you thought it was to your advantage.

Do now what you should have done. Walk away from this man, his wife, and her children.