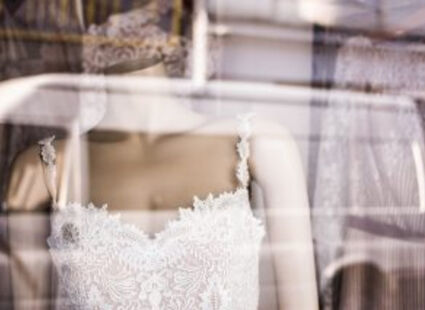 Every time a holiday rolls around, I get a knot in the pit of my stomach. Once again, I'm going to be face-to-face with all my aunts, uncles, married sisters, and everyone wondering why I'm not married yet. I know I shouldn't care what other people think, but... I've been living with my boyfriend for almost four years, just like any married couple, and he won't marry me.

We share a house and have pretty good jobs. Adam mows the grass and does other husband stuff. I've wallpapered and decorated the house, so it looks really nice. Adam can turn a room into a pigsty in 10 minutes or less, but that doesn't bother me. We have no real disagreements.

But he's got my life on hold. I love him and want to start a family. Sometimes I think about leaving him, but I've been with him this long and keep hoping time will change his mind. I'm afraid to start all over again.

When I talked to my Dad, he said, "Why would a guy want to buy the cow when he's been getting the milk for free?" That hurt my feelings, but maybe Dad's right.

I just can't let go. I want to get married. I brought it up again yesterday, and this time Adam got really mad. He said getting married would just mess things up. He says once a couple ties the knot, they start acting like old married people and turn into roommates.

I don't think it's that big a deal. If he loved me, he would marry me.

Eve, I can understand your frustration. Dad's frustrated, too. He has no way to help you.

Time won't cure what ails this relationship. Allowing more time to pass will only frustrate you and make you feel used.

Hard as it is to face, bad as it feels, each day that goes by proves to Adam this relationship can continue without marriage. Time won't turn you into this Adam's Eve.