Not Love But Libido 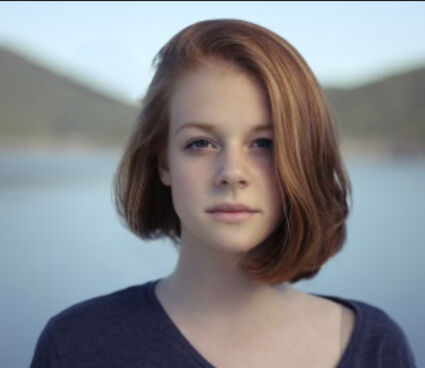 I am quite confused at the moment. I am 19 and live in England. I have a friend called Eric, who I met two years ago in college. He is quite shy, but we got on well and I became his best female friend.

I always liked Eric in a slightly different way than my other male friends. About a year ago, my friend Tish told me she thought Eric fancied me, too. I didn't tell Eric how I felt as I didn't want to ruin our friendship. A few weeks later, we went out to a pub with friends, and Eric and I "made out" as the Americans say. It was a bit awkward the following week, but I knew I really liked him.

This has happened five or six times since then. It's like we are having a little fling. The only thing is, Eric has always been drunk or drinking when this stuff happens. Is it true that you don't lie when you're drunk but only say things you wouldn't normally be brave enough to say? I think alcohol gives Eric courage, but he can also be really loud and stupid.

I like the shy but sweet Eric I became friends with, but it is only when he is drunk that things happen. I don't like anyone half as much as him, but when he is sober, he has said he doesn't want to go out with me as boyfriend and girlfriend. I am frustrated things are not going anywhere, and we are not as close as we used to be. Please tell me your thoughts.

Lauren, you are taking the answer you want from the drunk Eric, the Eric you don't like, and trying to apply it to the sober Eric, the Eric who doesn't want to date you. This isn't going to wash.

Alcohol lowers inhibitions, it is not a shortcut to truth. We have known many accomplished liars who reach new heights when drunk. If Eric becomes amorous when drinking, it's his libido that's showing, not truth or love or kismet. Take Eric at his word when he is sober.

A year ago in December, my husband confessed to me that he had an affair with a younger woman. To this day I still find it hard to "be with him." He told me so many lies and deceived me so often, how can I ever trust him completely again?

He did this to me at Christmas time, so this year I found it hard to celebrate Christmas but I got through it! Whenever we are "together," I find myself picturing him and her and I end up crying. Since the affair happened I have been on medication for depression, and I am still on it today.

We have gone through counseling and neither the counselor nor my husband can figure out why he did it! Shouldn't there be an answer to why? We hadn't even been fighting when he had the affair. I thought everything was going great. Do you have any advice for me?

Piper, the one thing that makes marriage different from all other relationships is fidelity. It is the sign you are united mentally and physically with someone else. Having an affair reduces intimacy to just having sex, and that is why you keep seeing your husband with the other woman.

Your husband did what he did intentionally. He won't give you an honest explanation because he knows how you would react. Perhaps you should be grateful your counselor hasn't offered psychological alibis to excuse his behavior and obscure the issue. In a sense, there is nothing to counsel. What he has done, can't be undone. You can't unbake a cake.

Now you have to decide what is right for you. No "why" will make what he did acceptable.