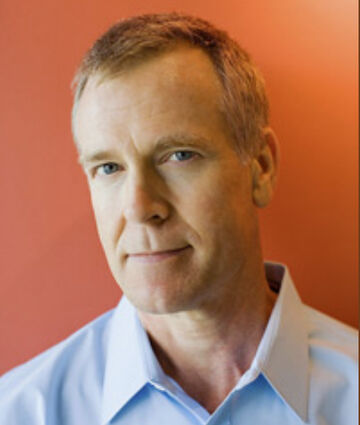 I would like to ask you about alienation of affection. Is there such a law? How hard is it to prove, and what are the penalties?

I have been married four years and recently caught my wife cheating on me. I forgave her and tried to work things out, but unfortunately she moved in with her lover. They have been together two months.

My wife is from Russia, and I believe she used me just to get her green card. Mutual friends have told me so. I have considerable property. Can I get an annulment? If I was successful, would she be entitled to anything? Also, I supported her two children for four years. Can I sue her for the expense?

Ira, we are not lawyers, but you need to think about things before you talk to one. If you succeed in hurting your wife, there will be lasting negative effects on you. People who plot the demise of others always end up hurting themselves.

Each of you had a role in this. Your wife was in dire straits with two children to care for. She was like a mother bear doing what she needed to do to protect her cubs. Perhaps she thought she could force herself, or trick herself, into making this arrangement work. People under stress don't think very clearly.

You must have seemed like salvation to her. You offered her paradise, but you did yourself harm by going into a situation where you would look like a savior. Whatever made her believe this was love, or at least acceptable, disappeared when she came over here. She is not the same woman anymore.

Work out a reasonable solution with your wife. Realize you can't order love the way you order a pizza. Cupid doesn't deliver.

A Story Without End

I have been dating a man named Cal for the past six months. We are very close and treat each other extremely well. We talk frequently about a long-term future. I couldn't ask for things to be better.

But there is one major problem. Cal's ex-girlfriend repeatedly interferes in our relationship. She is what you would call a psycho. Almost every weekend we go out to clubs and then to an after bar party. When we are out, we run into her and she picks fights with us. We have had drinks thrown in our faces.

Once when we were out, I turned around to say something to her, and she kicked me in the head. I fell down a flight of stairs. She was two stairs above me when I turned, so it might have been an accident. She has also broken into our house and smashed a window. Cal tells her to leave us alone, but she won't do it.

She phones here every week. Cal will say things like, "I still love you, but I'm not in love with you." However, she is not the kind of person who understands that concept. She has made me a very angry person. If this continues, I may walk away from this relationship. That would be giving into her, but I don't know what else to do.

Talena, when you are involved with a stalker, the only solution is to cut them off. There is no middle ground. When property damage and physical assault are involved, things are more than annoying. They are dangerous.

Cutting off the stalker means hanging up the phone, changing phone numbers, not going where they go. Each time Cal talks to this woman, she has succeeded in extending their relationship. He can't say, "I love you, but I don't want to see you." Mixed messages never work.

At this point, the ball is in Cal's court. If he doesn't end this relationship, you have to wonder if some part of him wants it to continue.