When will the Highway 242 gates swing open? 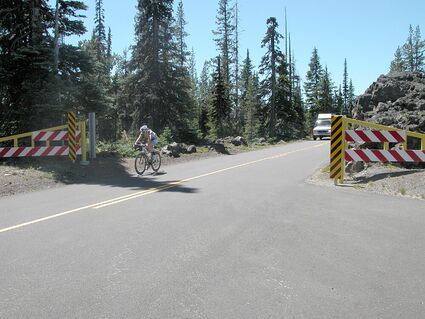 MCKENZIE BRIDGE: The planned reopening of the Old McKenzie Pass is set for the third Monday in June, which this year would be on the 20th.

Bicyclists and pedestrians have been enjoying the route for the last few weeks before it is again open to motorists. (Vehicles longer than 35 feet are prohibited from using the highway.)

The first route over the Mc-Kenzie Pass, known as Craig's McKenzie Salt Springs/Deschutes Wagon Road, was completed in 1872. Crews rebuilt sections of the road in the 1920s to replace the former wagon route.