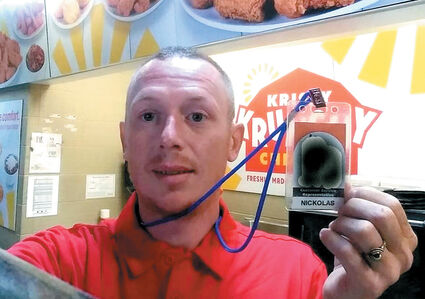 LEABURG: A 71-year-old man is dead and a 37-year-old is in jail for his killing following a Friday night altercation at the deceased man's residence. According to Lane County Sheriff's reports shortly after 10 p.m, on Friday, July 8th, deputies received a call from a neighbor who had witnessed a dispute involving two males at a residence in the 44000 block of the McKenzie Highway. When police arrived on the scene responded and found Gary Stuart Coulter on the ground outside with severe injuries. He was transported by to the hospital by paramedics but died a short time later.

Investigators identified 37-year-old Nickolas Trevor Jessee as a person of interest in the assault turned homicide. They believed he had fled the area before they arrived at the property, but believed he could still be in the area.

Jessee was described as a white male, around 5' 9" tall, weighing about 170 pounds. Police learned he had been staying at the victim's house on the McKenzie Highway recently.

While the search was ongoing, officials warned the public to refrain from picking up hitchhikers, and to report any suspicious activities.

Although Jessee had fled the scene in a vehicle he returned a short time later, before leaving the area again - this time on foot.

On Saturday morning at about 10:30 a.m. a deputy located him a short distance off of the highway approximately a quarter of a mile to the west of Coulter's residence.

Jessee was taken into custody without incident and ultimately was lodged at the Lane County Jail on charges including Murder in the 2nd Degree.