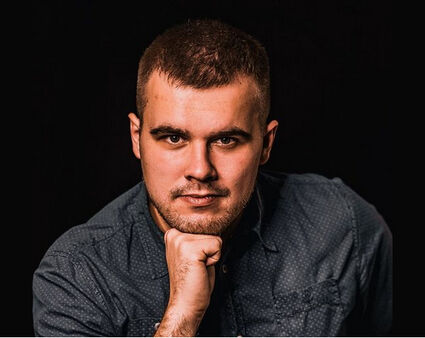 My friends, Nick and Elisabeth, are married but live separately. She's away at school, and he works here. They've been together eight years, married for three. To all appearances, their relationship is happy and healthy.

Elisabeth is one of the most wonderful people I know. Nick is interesting and funny, but a bit sleazy, and I'm not nearly as close with him.

Three years ago, Nick came on to me in a very physical way. I was shocked. He had always been flirtatious, but he flirts with everyone. I told him to back off and left in a hurry.

I spent weeks agonizing over whether I should tell Elisabeth. Finally, he told her. She was devastated and almost dumped him. He proposed. To make a long story short, they got over it and married.

For the past couple of years, things have been great. Elisabeth and I got closer, and I rarely saw Nick alone. Since she left, Nick has been lonely, and since his office is close to mine, we occasionally have lunch.

Things have been fine for ages, so last night when he called to ask if I needed company, I said yes. He hugged me when he came in, and put his arm around me while we watched TV. As the evening progressed, he got cuddlier. He brushed my breast as if by accident, and I didn't know what to say.

Each time I returned to the couch, he pulled me close though I resisted. He stood behind me while I washed dishes, put his hand around my waist, and pressed himself up against me. Several times he ran his hands over my bum when I bent down and "accidentally" brushed my pubic area a couple of times as well.

I thought the physical signals I was giving were clear, but I couldn't bring myself to make a scene. Finally, I asked him to leave.

Today I feel extremely angry, at myself and him. I should have slapped his hand, yelled, and shoved him out the door. I am not in the least bit attracted to this man, and he is my best friend's husband!

Do I tell Elisabeth? Do I keep my mouth shut, risking that he will cheat and she won't find out until they have kids, or she contracts some disease? I don't think she will blame me. I did nothing wrong.

Cassandra, your namesake in Greek mythology was blessed with the gift of foreseeing the future but cursed because no one believed her.

How can you tell Elisabeth? If you conceal the details, she can brush this off as another harmless flirtation. If you reveal the details so you are believed, Elisabeth will feel they implicate you even more than her husband.

The first time a woman is touched in an unwelcome, sexual manner she says stop, she says no, and she leaves the area. Why didn't you do what you did once before with this very same man? Elisabeth will demand the answer to that question.

Whatever you choose to do, your relationship with these two is over. That part of the future is perfectly clear.