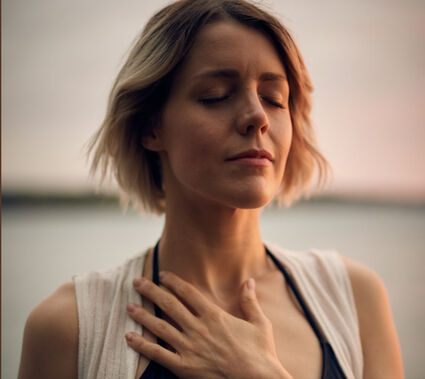 A few years ago, I suffered several traumas within the space of a year. My father died, and my mother, out of grief, attempted suicide. The town I live in was hit by severe economic problems, problems so severe most of my friends moved away.

I went through a period of extreme neediness without many people around me. The people who were around me, by the way, were also reeling from the loss of many friends. I made an effort to meet new people, but, unfortunately, most of the people who stayed are 15 or 20 years older than me.

The only reason I stayed was that I held a good government job, a job I trained many years for and one I was lucky to get. The year all this tumult occurred, I was given a permanent position. I was torn. Personally, I was shattered, while professionally I was flourishing.

The last four years have been extremely difficult. The loneliness was unbearable at times, so I took solace in the bottle. I became so concerned about it last spring I called my mom to come and get me. I took leave from work and returned to my hometown.

Being around my family and old friends made my desire to seek oblivion disappear. But when I returned here, I again found the loneliness overwhelming. I met a married man, and because he was so kind to me, began an affair.

This is the first time I have done anything like this. My ethics have always led me to act with integrity. It's madness, I know, but the pleasure, however, stolen, that I get from this man is intense. I'm sure it's driven by loneliness and fantasy.

I don't have anyone to confide in, so I guess I'm not asking for advice, just support. I know what I have to do, but I'm scared to be alone again. I'm scared to leave a job I love and return home to look for work.

Tess, Gilroy, California bills itself as the "Garlic Capitol of the World." If you drive by the fields during much of the year, the place positively reeks of garlic. If you can't stand the smell of garlic, you can't live in Gilroy.

The place where you live is destroying you. Booze, loneliness, and losing your self-esteem threaten the one thing you stayed for. Your job. Your deeper self is sending you a message. You are trying to live in Gilroy, but you are allergic to garlic.

Most good things are scary, at least in the beginning. The first day of school, flying for the first time, even simple things like going to a restaurant for the first time, can be scary. But what is the alternative? If there is no opportunity where you are, you need to move.

The longer you stay, the harder it will be to start over. Is it scary? Of course, but it's also exhilarating. Will there be difficulties? Of course, but you will move to a place where you have emotional support.

The key to a successful, fulfilled life lies in following the impulses from the deepest level of our being. Before we think, before we act, an answer is there. What is it? Before conscious thought intervened, what seemed right?

It doesn't matter what the situation is. Intuition listened to and followed makes us strong. You are not asking for advice because you don't need it. You know what to do.

When you move your life in the right direction, in time, you get a deep sense of satisfaction. When your life is out of hand, it seems like life is a random collection of events or "one damn thing after another." When you follow what you know is right, in time, it feels like you are being moved by the hand of destiny.