Change will limit logging after fires 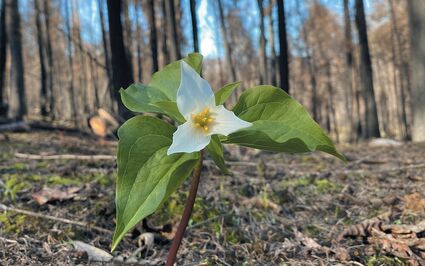 Environmentalists chalked up a win last month in the efforts to stop a Trump-era rule that allowed more logging on post-fire land without conducting detailed environmental reviews under the National Environmental Policy Act.

In rules adopted in 2020, the Bureau of Land Management (BLM) increased the maximum area for “categorical exclusions” from 250 to 3,000 acres. The change allowed the agency to move ahead on logging projects they said would involve minimal environmental impacts. Cascadia Wildlands, Klamath-Siskiyou Wildlands Center, Oregon Wild, Soda Mountain Wilderness Council, and Willamette Riverkeeper sued the agency in October of 2021, citing concerns associated with post-fire logging that included impacts to soils, understory vegetation, fuel loads, and post-fire features like snags and burned logs.

Under the Trump rule, the maximum area for exclusions permitted logging of “dead or dying trees” from 250 acres to 3,000 acres—a 1,200% increase. The BLM could also double the maximum amount of permitted road construction from one-half to one mile of permanent road. The previous rule required such access roads to be temporary.

“The categorical exclusion defied the overwhelming scientific consensus that post-disturbance logging is a harmful ecological ‘tax’ on the environment,” said Susan Jane Brown, Wildlands and Wildlife Program Director at the Western Environmental Law Center. “While the Biden administration did not independently choose to correct these harmful and illegal policies, we are pleased our case has prompted this needed correction. Some things are too important to brush off.”

A co-plaintiff Soda Mountain Wilderness Council’s Dave Willis says he feels “There’s no ecological justification for post-fire logging. It’s like mugging a burn victim..” Willis added that “I expect BLM will still try, but it won’t be as easy for them now. It will now be harder for BLM to hide the negative ecological impacts of its post-fire intentions.”

Out on the ground, the BLM will be able to log in to post-fire landscapes, but will be required to conduct environmental reviews that look at possible impacts, and identify ways to mitigate them.

Last summer the BLM had already paused logging under the 2020 rules. According to the new agreement, the agency will remove the previous language while reverting to its old guidance on post-fire logging. Projects larger than 250 acres will again require a detailed environmental review before proceeding.