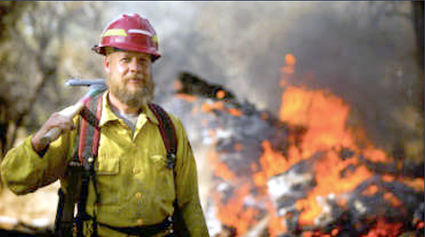 May is Wildfire Awareness Month, and the western United States is preparing for an active year.

Coming off a severe wildfire season where nine Oregonians were killed and 40,000 were displaced, preventing fires is on the minds of many in the state.

â€śOver 70% of Oregonâ€™s wildfires are started by people, and that places the power of prevention squarely in our hands,â€ť Babbs contended. â€śPublic lands saw large crowds last summer, and land managers expect to see those same high numbers again this year.â€ť

Babbs urged people to keep fire restrictions in mind before heading out. Near their homes, she advised people to keep close watch on debris burns and be careful when using machinery such as lawnmowers that could overheat and spark dry grasses.

Nearly the entire state is abnormally dry and more than three-quarters is experiencing moderate drought or higher.

Babbs pointed out there already have been fires. At the end of March, for instance, nearly 200 homes in Bend were evacuated because of a brush fire.

She added fire restrictions may be in effect depending on where folks are in the state.

â€śWhether folks are at home or on the job, or theyâ€™re out having fun, predict the outcome of any outdoor activity that could possibly spark a wildfire,â€ť Babbs stressed. â€śPredictable is preventable.â€ť

Keep Oregon Green has a map on its website of current fire conditions and restrictions across the state.