Mountain rescuers had a busy week 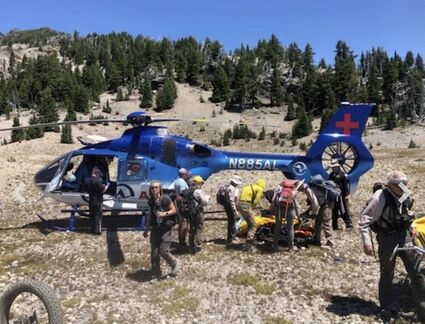 Last Tuesday, around 4:06 p.m., the Deschutes County Sheriff's Office Special Services Unit was dispatched to an injured 19-year-old hiker on the South Sister Climbers Trail about 300 feet from the summit of the mountain. They determined Bend woman would be unable to walk down the trail without assistance.

Airlink Air Ambulance agreed to transport two Search and Rescue volunteers partially up the trail which would reduce the time and distance required to reach the patient. After attempting the flight, Airlink found weather/visibility conditions were so bad, they had to abort the flight.

Nine SAR volunteers then drove to the Devils Lake Trailhead and began the hike up to the South Sister summit. Two members of the team were then told about an injured man on the trail who also would be unable to make it down on his own. This patient was found on the South Sister Climbers Trail just above Moraine Lake. 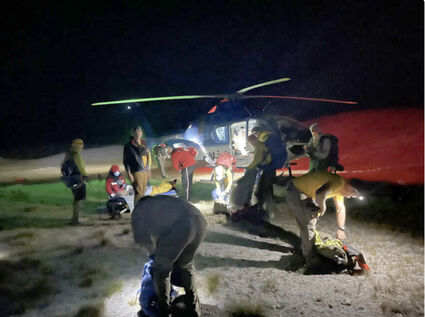 By approximately 9 p.m,, SAR volunteers had made contact and were providing care for both patients, who were separated by at least 1.5 miles of steep and rugged terrain, requiring the rescuers to exercise extreme caution. An additional seven Deschutes County Sheriff's Office Search and Rescue volunteers then responded to the scene.

After weather conditions had improved at 10 p.m, Airlink arrived in the area but was unable to get close enough The helicopter landed at a lower elevation and stood by for approximately three hours until SAR volunteers could move the woman using both hand and wheeled litters to the waiting helicopter.

At the same time, medical team members assessed the man's condition and prepared him for transport down the trail with a wheeled litter. He was carried about three miles down the trail to the trailhead where he was released to his family at 2:45 a.m.