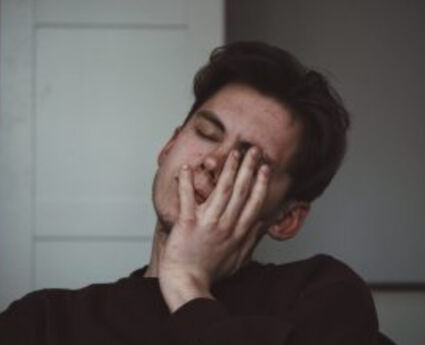 I have a distant cousin who is a year older. We used to play together as children.

Five or six years back, I visited her family during the holidays. I was happy to see her. We talked for a while, then she had to go out to meet a friend.

One day, she called and said she was breaking up with her boyfriend. This was the second boyfriend I knew about, and I tried to console her. He is a married man she lived with for four years. When she told me that, I was so disappointed in my cousin, but I still tried to help.

Then a previous boyfriend came back into the picture. She told me all about him and all about her past relationships. Sometimes she texted me when we were both working, and we would ask about each other's weekend. Sometimes we went out, like a couple, except we did not hold hands.

She told me she always looks for older men. That made me sad. Then she told me about a man she had admired from afar for seven years. She said she loved him but dared not make the first move.

Again, I was sad, but I could see how happy she was when she mentioned him. I encouraged her to take the initiative and take happiness into her own hands.

In the end, there were problems with that man and she called to talk. I gave her advice, and she went back to him.

But one day, she called me crying. When we met up, she cried on my shoulder, and I regretted encouraging her to go back to him. I did not want to see her hurt again. I told her I would be by her side whenever she needed me.

All this time, I wanted to be her boyfriend, but she still treated me like a buddy. That was two years ago.

A few days ago, she was feeling down and needed to talk. We went out for a drink, and during the conversation, she mentioned she might try dating someone younger. She also told me I needed someone, but not someone like her.

Now I am confused about what she might be thinking. I would like to have a long-lasting relationship with her.

Ward, you are almost there. "She treats me like a buddy."

If you think about it, you know she sees you as a relation, not as a relationship. You are family. The years you have known each other built a bond, and sometimes, when people lack a romantic life, they look at the bonds they have.

You say you went out as if you were dating, except you didn't hold hands. That means you were not dating. It means your one-way romantic attraction to her is an impediment which prevents you from being attracted to other women.

Go back to: "She's family. She tells me things she would tell a girlfriend. She told me about living with a married man, a thing she might share with a girlfriend and withhold from a man she wanted to date."

One-way attractions are dangerous because they make a person read too much into what the other person says because their need is so great. Three failed relationships do not mean she is giving you hints.

Some people waste years of their life, unable to accept what is not to be. You never mention your girlfriends. It's as if you are saving yourself for her.

Unrequited love is like a cloud of dust that obscures a person's vision while letting them think they know what might be on the other side. The only cure is to see her in the same light in which she sees you.