"First Five" got the Run on Track 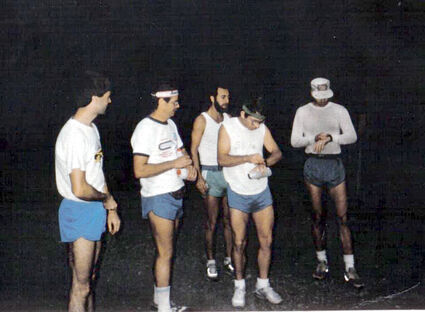 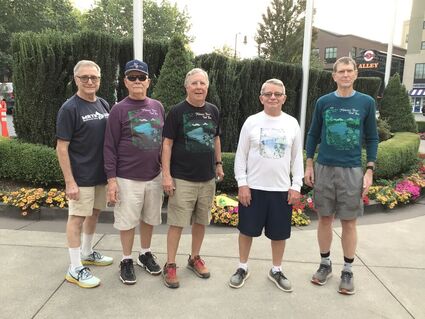 Thirty-four years after the initial running, the "First Five" reunited at event sponsor Alesong Brewing & Blending in Eugene during the pre-race packet pickup. COVID restrictions continue to be a factor, but closure of a four-mile section of the McKenzie River Trail (due to the Knoll Fire) meant organizers had to realign the route runners will follow when the starting gun marks the begin of this year's Run this Saturday, September 11th. Read the "First Five's" impressions on the initial event in next week's edition.